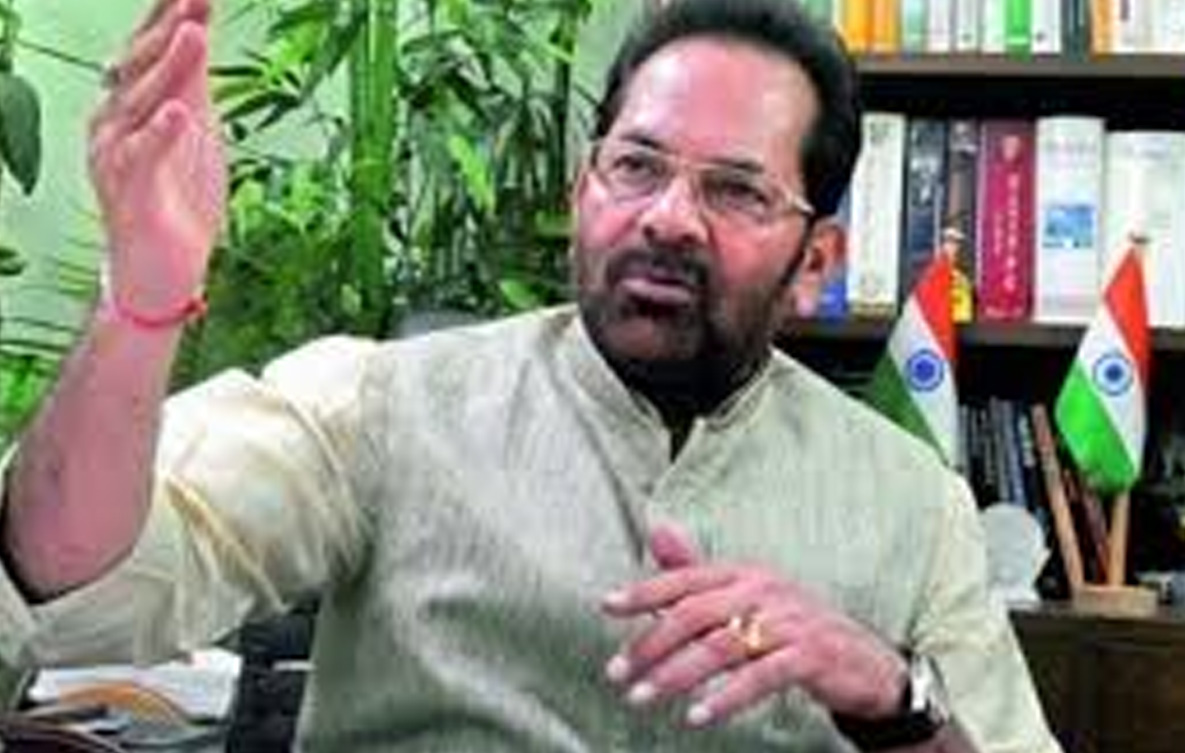 NEW DELHI, July 6: Describing the Union Budget for 2019-20 as a “gazette of new India”, Union minister Mukhtar Abbas Naqvi said on Saturday that it would give “wings” to economic reforms in the country and strengthen the foundation of the economy.

The Budget fulfils aspirations of the youth, women, farmers, traders and all other sections of the society, the Minority Affairs Minister said.

The Modi government’s “development-oriented” Budget will give strength to the poor, greatly benefit the middle class and accelerate the pace of growth in the country, he said in a blog post.

It focuses on economic and social inclusion of the last person of the society, Naqvi said.

The Budget is a “gazette of new India” with commitment to “inclusive growth and good governance”, he said.

It gives “wings” to economic reforms in the country and will further strengthen the foundation of the economy, Naqvi said.

This future-oriented Budget focuses on the long-term goal of making India a USD 5 trillion economy and will boost investment in manufacturing and infrastructure development, he said.

About Rs 100 lakh crore will be invested in infrastructure sector over the next five years and massive programme of railway station modernisation will be launched this year, Naqvi said.

The Budget will strengthen enterprises as well as entrepreneurs, it focuses on financial reforms and will simplify the tax process, he said.

He also hailed the Budget for its special focus on women empowerment.

The Budget has taken care of all small and medium level traders, he said.

For the middle class, the Modi government’s focus is on affordable housing, he said.

“The Budget has also stressed on ‘zero budget farming’, to go back to the basics, which will help in doubling farmers’ income,” Naqvi said, adding that it has set the path for India to achieve desired goals in coming years.

The Modi 2.0 government’s maiden Budget Friday hiked petrol and diesel prices, raised import duty on dozens of items and increased tax on the super-rich as it sought to spur growth through higher spending and sops for start-ups, housing and corporates.

Presenting the Budget for 2019-20, Finance Minister Nirmala Sitharaman announced further opening up of aviation, insurance and media sectors to foreign investment while throwing a lifeline to the struggling shadow banks (NBFCs) to boost investment and lending in the economy. (PTI)