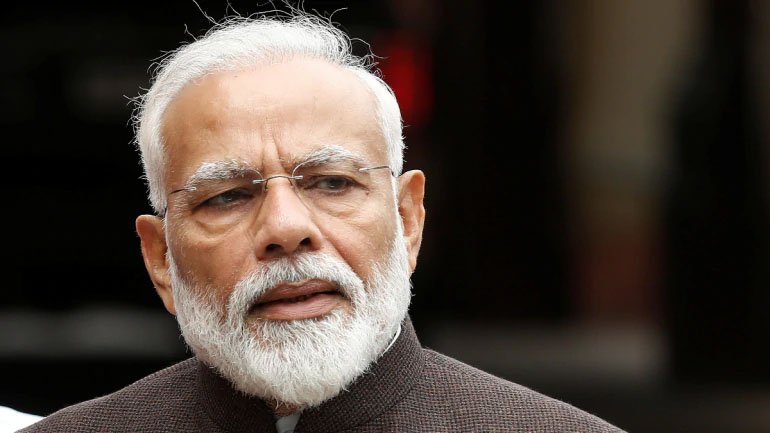 JAMMU, Dec 1: Prime Minister Narendra Modi today lauded the Border Security Force (BSF) for diligently protecting the country’s border and helping in natural disasters and crisis situation.
On the occasion of BSF’s Raising Day, Modi in a tweet said: “this force has been diligently protecting our borders. During natural disasters and crisis situations, BSF personnel have always worked hard to serve our citizens”.
He extended greetings and best wishes to the BSF family.
Union Home Minister Amit Shah also extended greetings to the guardians of India’s frontiers and country’s first line of defence.
“From sand to snow, their dedication to serve the motherland in extreme weather conditions is truly inspirational. I salute the courage & sacrifice of our BSF personnel,” Shah tweeted.
Union Minister of State for Home Nityanand Rai said the anti-India forces wanting to create trouble in Kashmir valley, post the abrogation of Article 370, have not been successful because of a strong security shield created by forces like the BSF.
Addressing the troops and officers of the Border Security Force on the organization’s 55th Raising Day event in New Delhi, the Minister said the force is continuously thwarting infiltration and smuggling bids along the border areas as enemies of the country are trying to “destabilise” the environment in these areas.
“Recent decisions (abrogation of Article 370) have led to positive developments in Jammu-Kashmir but anti-national forces want to create trouble in Kashmir valley.
“But BSF is standing like an impregnable wall against such attempts and is continuously foiling such bids,” the Union Minister said.
Because of the BSF’s effective vigil, he said, nefarious elements think thousand times before attempting anything.
He said the force was recently entrusted with the security of the Kartarpur corridor along the India-Pakistan border in Punjab considering its good and effective work.
The Minister said his Government is aware about the “difficult work conditions” that the BSF faces and it is working to ensure better weapons, equipments and service conditions for them.
He recounted that the Union government is working on a plan to ensure that each jawan gets to spend about 100 days in a year with his family.
The about 2.5 lakh personnel strength BSF was raised on this day in 1965 and is primarily tasked to guard the India and Pakistan borders apart from rendering a variety of roles in the internal security domain.
The government’s decision to bifurcate the erstwhile state of Jammu and Kashmir has rendered the Line of Control (LoC) in Kashmir and the international border along Jammu and Punjab “very sensitive” as terrorists are making continuous efforts to infiltrate into India, BSF chief V K Johri said, during his address on the occasion of the 55th raising day of the force.
He said his troops have avowed to ensure that the sanctity of the borders, specifically the India-Pakistan border, is ensured “at every cost”.
The LoC in Kashmir and International Border along Pakistan in Jammu and Punjab have become “very sensitive” due to recent administrative decisions, Johri said while referring to the bifurcation of Jammu and Kashmir after the abrogation of Article 370.
“Anti-India forces are continuously trying to infiltrate (through the borders). We assure the country that the BSF will foil all such bids,” the DG said.
He said the force has expanded its “strategic capabilities” by inclusion of new technology and weapons.
The BSF is working on technical solutions to combat the threat of rogue drones along the India-Pakistan International Border, the Chief of the Force said.
Johri also said that the force has expanded its “strategic capabilities” by using new technology and intelligence to guard over 6,386 km long borders with Pakistan and Bangladesh.