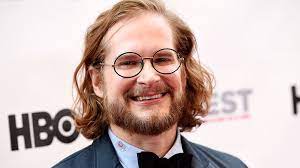 Los Angeles, Jun 9: Sony Pictures and Blumhouse have roped in director Bryan Fuller to tackle the new adaptation of Stephen King novel “Christine”.
Fuller, who previously worked on shows such as “Star Trek: Discovery”, “American Gods”, “Hannibal” and “Heroes”, will also pen the script for the feature film, reported Deadline.
King’s novel, which was published in 1983, was about a boy, Arnie Cunningham, who buys a classic red and white 1958 Plymouth Fury named Christine, licence number CQB 241.
The car seems to have a jealous, possessive personality – and a mind of its own, which has a bad influence on Arnie.
The novel was previously adapted into a 1983 feature film, starring Keith Gordon, John Stockwell, Alexandra Paul, Robert Prosky and Harry Dean Stanton.
The new take will be produced by Jason Blum for Blumhouse, alongside Vincenzo Natali and Steven Hoban. (PTI)