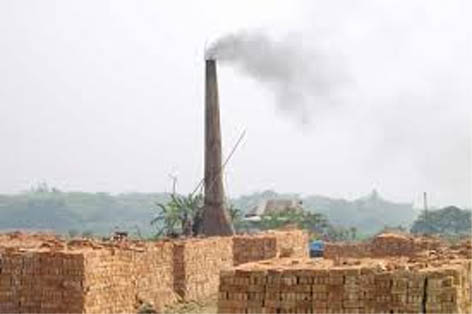 Is digging out of agricultural land to the extent of creating craters like cavities and deep shallows in it allowed ? If not, then how are brick kilns in R. S. Pura tehsil in Jammu doing it unmindful of posing threat to thousands of villagers residing in the nearby areas ? We know that there are clear cut directives from the High Court against such illegal activities but Revenue and Police authorities are acting in a manner as if nothing of the sort was going in the area which was related to their duties and, therefore, supposed to be checked and stopped.
Though there are several ways of conversion of scarce agricultural land into non agricultural purposes and with an eye on commercial gains of which such wanton excavation by some brick kiln owners, is one of them, the need was to act firmly. In fact, an Act , viz Jammu and Kashmir Prohibition on Conversion of Agricultural Land for Non Agricultural Purposes 2010 is there but in respect of its scrupulous implementation , less said the better. Needless to add, we haplessly see in both the divisions of Kashmir and Jammu right along National Highway, how large chunks of lush green agricultural land have been converted into residential colonies, commercial establishments, factories and the like. State Environment Impact Assessment Authority also must take a note of this violation of rules and act suitably. However, we would never wish that anyone’s livelihood means should get affected but violating rules about agricultural land also cannot be condoned. Such enterprises could be allotted alternate authorised areas to carry on with their usual activities.