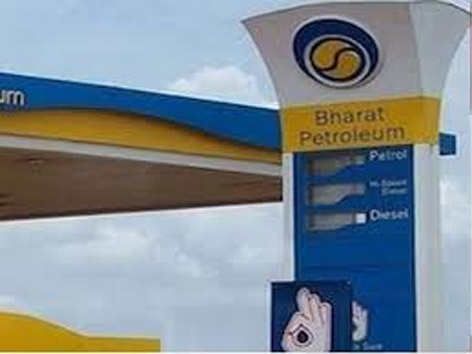 NEW DELHI, Sept 27: State-owned Bharat Petroleum Corp Ltd (BPCL) has been forced to pay for its defaulting partner Videocon Industries Ltd after it had relied on a rarely used model to acquire stake in five oil blocks in Brazil, sources said.
In September 2008, BPCL and Videocon Industries had formed a 50:50 joint venture to acquire a Brazilian oil exploration firm for USD 283 million.
The two firms formed an incorporated joint venture IBV Brasil Petroleo Limitada to acquire Encana Brasil Petroleo Limitada from Canadian gas producers EnCana.
Sources said usually such acquisitions are done through unincorporated joint ventures but BPCL chose to form an incorporated joint venture.
Incorporated joint venture is organised as separate and distinct legal entity. And the entire entity is held in default if any one of the partners doesn’t pay for its share of cost.
With bankrupt Videocon unable to pay its cash calls for exploration and development of the oilfields, IBV faced likelihood of a default and the risk of being booted out.
To save the day, BPCL infused USD 53.98 million in IBV in 2019-20, resulting in its share in the joint venture rising to 55.13 per cent, sources with direct knowledge of the development said.
Had BPCL acquired the Brazilian blocks through an unincorporated joint venture – the vehicle that India’s flagship ONGC Videsh Ltd most often uses, only Videocon would have been held in default upon not paying its share of cost. This default would not have affected BPCL.
Sources said in an unincorporated joint venture – which is not incorporated as a legal entity and is only formed by contract – BPCL wouldn’t have risked losing the block if the partner defaulted on payments. BPCL’s stake would have been untouched even if Videocon defaulted.
However, in the model BPCL chose, the entire joint venture risked being labelled a defaulter and risked losing the oilfields.
When contacted, a top BPCL official said the firm’s increase of stake in IBV is temporary and would return to earlier arrangement once the firm that takes over Videocon pays for the default.
Videocon assets are being auctioned to recover bank loans it has defaulted.
BPCL holds 12 overseas blocks through its subsidiary Bharat PetroResources Ltd (BPRL). Five of these blocks are in Brazil, two in the United Arab Emirates and one each in Mozambique, Indonesia, Australia, Israel and Timor Leste.
IBV Brasil Petroleo Limitada (incorporated in Brazil) a joint venture company of BPRL Ventures BV, and Videocon Energy Brazil Ltd, step down subsidiaries of BPRL and Videocon Industries Limited, respectively, holds interest in 5 blocks in 3 concessions in Brazil.
In Sergipe Alagoas (BM-SEAL-11) concession, which currently consists of three blocks, Petrobras of Brazil is the operator with 60 per cent interest and IBV holds the remaining 40 per cent stake.
During the exploration periods, four discoveries of oil and gas — Barra, Farfan, Cumbe and Barra#1 have been made in this concession.
In Potiguar (BM-POT-16) concession, Petrobras is the operator with 30 per cent interest, the other partners are IBV (20 per cent), Petrogal (20 per cent) and BP (30 per cent).
In Campos (BM-C-30) concession, BP with 35.7 per cent is the operator and other partners are IBV Brasil (35.7 per cent) and Total of France (28.6 per cent). (PTI)