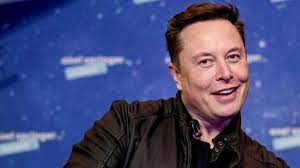 Washington, May 14:A day after the Twitter deal was put on hold temporarily, Tesla CEO Elon Musk said that the “bots are angry at being counted”.
On Friday, Musk tweeted: “Twitter deal temporarily on hold pending details supporting calculation that spam/fake accounts do indeed represent less than 5 per cent of users.”
Following this, rumours ran wild on whether the Tesla chief’s $44 Billion Twitter deal would go through.
According to The Verge, Twitter shares plummeted by more than 10 percent at market open, trading as much as 14 points below the nominal acquisition price of $54.20 a share.
Later, he tweeted: “Still committed to acquisition.”
On Saturday, he announced: “To find out, my team will do a random sample of 100 followers of @twitter. I invite others to repeat the same process and see what they discover ?
“I relied upon the accuracy of Twitter’s public filings.
“Any sensible random sampling process is fine. If many people independently get similar results for per cent of fake/spam/duplicate accounts, that will be telling. “I picked 100 as the sample size number, because that is what Twitter uses to calculate < 5 per cent fake/spam/duplicate.”

“The bots are angry at being counted,” he added along with a laughing emoji.
(UNI)