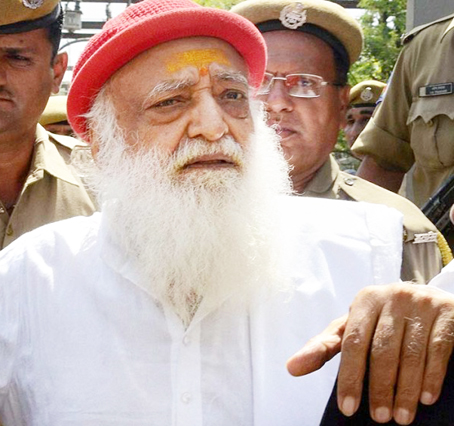 NEW DELHI, Dec 16: A book on self-styled godman Asaram that had run into legal trouble has hit the stands after a Chandigarh court refused to stay its publication.
“God of Sin: The Cult, The Clout and Downfall of Asaram Bapu” by Ushinor Majumdar faced opposition and its publication was challenged in the court.
The court, however, allowed the book to be released in retail and online stores.
The plea was filed seeking a permanent injunction against publishing of the book.
Publisher Penguin Random House India hailed the court order and said it looks forward to “making the book available to our readers”.
“God of Sin” pieces together Asaram’s journey to spiritual godhood, his fall from grace and the long and arduous road to bring him to justice.
“This book is a result of reportage based on the probes made by various enforcement agencies and court decisions. I have joined the dots through some firsthand reporting, digging into forgotten records and verification of facts. I am thankful that a court of law decided that there is no cause to keep a book from being released,” the author said.
Asaram and his son Narayan Sai are accused of sexual assaults on vulnerable devotees, land grabbing, money laundering, intimidation, exploitative black magic rituals and the murder of witnesses who testified against them.
In April, a Jodhpur court had sentenced Asaram to life in prison after finding him guilty of raping a teenage girl in his ashram five years ago.
He had appealed to the Governor of Rajasthan in September seeking dilution of his life sentence. (PTI)