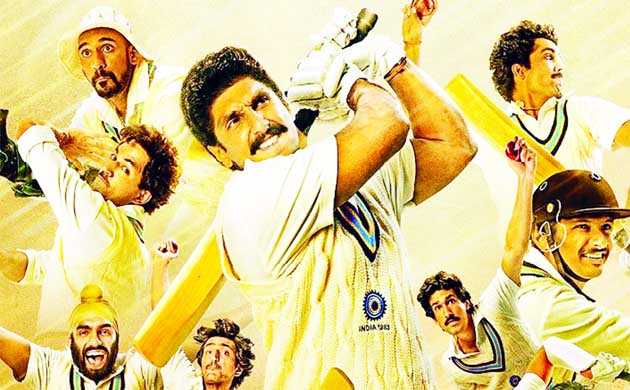 With India hit massively by the second wave of Covid19 in 2021, the year was no less traumatic than 2020. Though theatres opened and movies started releasing on the silver screen once again the shadow of Omicron looms. Supriyo Hazra looks back at the year name by name.

Ayushmann Khurrana: Ayushmann continues to rock as he keep surprising his fans with one hit after another. His latest release titled ‘Chadigarh Kare Ashiqui’, which also features Vaani Kapoor, remained yet another Box Office cracker. The film even impressed Hrithik Roshan who said he was impressed by Ayushmann’s performance in the movie. 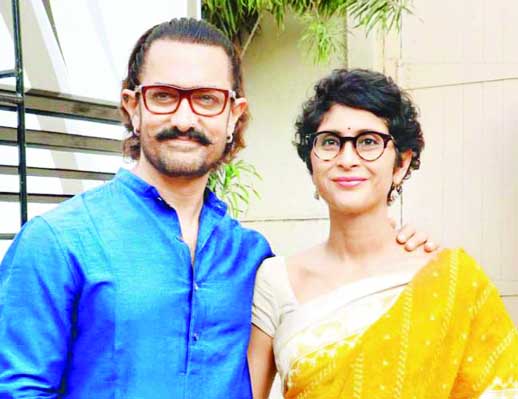 Rao announced their divorce in July, ending their 15-year-old married life. The couple in a long statemen said they “would like to begin a new chapter” in their lives besides remaining committed to their son Azad. The announcement created a wave of speculations among fans who were left shocked by the announcement. Meanwhile, Aamir will be seen in his upcoming movie Laal Singh Chaddha next year. The movie will now release on Apr 14.
Anushka Sharma: Anushka Sharma and Virat Kohli had a memorable 2021 as the couple

Alia Bhatt: The entire year saw media glaring on Alia Bhatt and her relationship with Ranbir 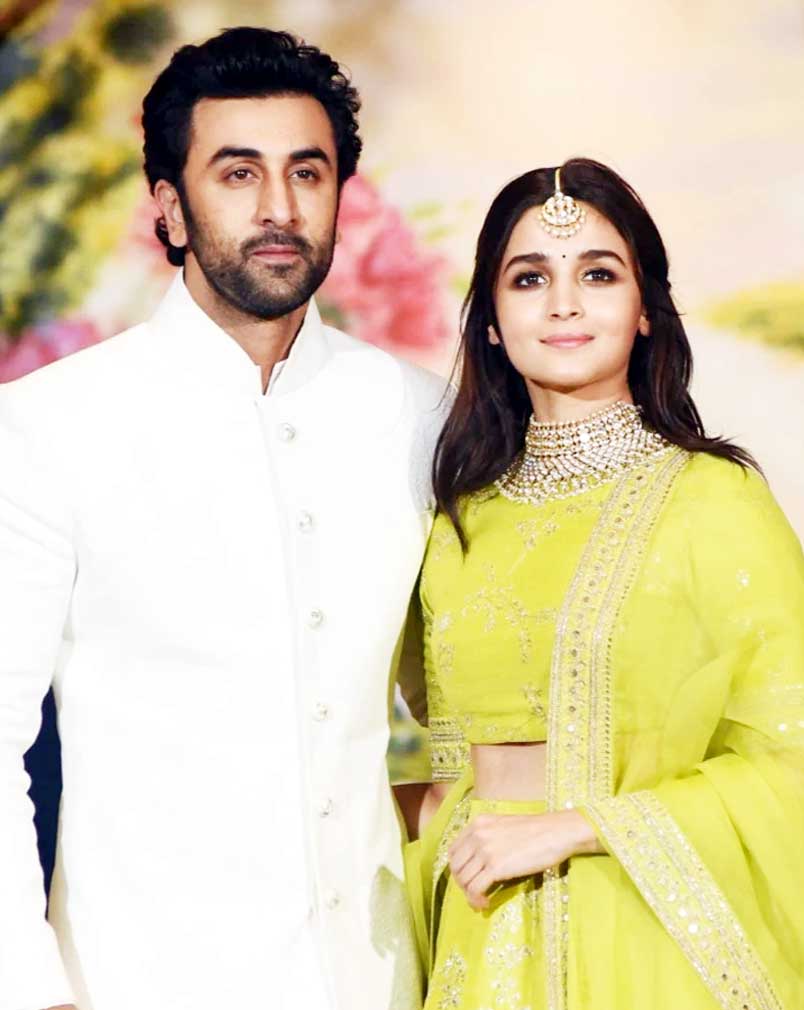 Kapoor. The duo were spotted together on numerous occasions and expectations are high about when they will finally tie the knot. Meanwhile, in the world of her works, Alia will soon be seen in movies like Gangubai Kathiawadi and RRR. However, expectations will remain high around Brahmastra which will see her pairing with boyfriend Ranbir. Several teaser posters of the movie were released recently.
Ajay Devgon: Bollywood’s powerful actor Ajay Devgon will remember 2021 as a landmark year as he completed 30 years in the industry. After starting his career with ‘Phool Aur Kante’, Ajay has so far delivered several memorable hits.
Akshay Kumar: Akshay Kumar will soon be seen pairing up with southern superstar 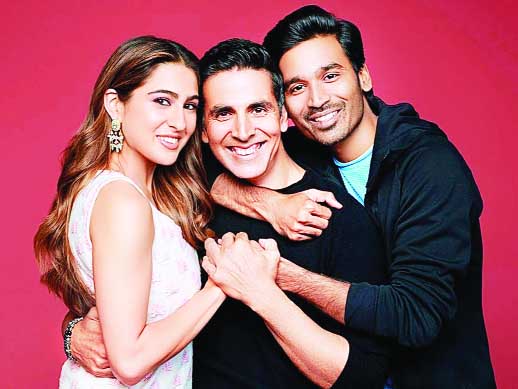 Dhanush and Bollywood’s cute actress Sara Ali Khan in his next movie Atrangee Re. The trailer of the movie is already out. Akshay had two major releases in 2021- Bell Bottom and Sooryavanshi. Both the films performed well at the box office in this year of pandemic.
Aishwarya Rai : Aishwarya Rai Bachchan was in news recently after she was grilled by enforcement directorate for Six hours in Panama Papers leak case.
Deepika Padukone: Deepika Padukone and hubby Ranveer Singh will be once again seen on the big screen together with their upcoming release 83. While Ranveer plays the character of Kapil Dev in the film, Deepika essays the character of Kapil’s wife Romi.
Deepika has a long list of movies under her belt as she will be busy with ‘Mahabharata’, among other projects. Deepika will play the role of Draupadi in the epic movie. She will also be part of Nag Ashwin’s ‘Project K’, ‘The Intern Remake’ with Amitabh Bachchan, ‘Pathan’ with Shah Rukh Khan, ‘Fighter’ with Hrithik Roshan and Shakun Batra’s untitled next.
Jacqueline Feranandez: In news for the wrong reason, the actor was recently questioned for more than ten hours by the Enforcement Directorate (ED) in a Rs. 200 crore money laundering probe involving alleged conman Sukesh Chandrashekhar and others.
Kareena Kapoor Khan: Kareena Kapoor Khan and hubby Saif Ali Khan welcomed their second child in 2021. In August 2020, Kareena and Saif had announced in a joint statement that they are expecting a second baby. The couple was blessed with their first son Taimur Ali Khan in 2016. 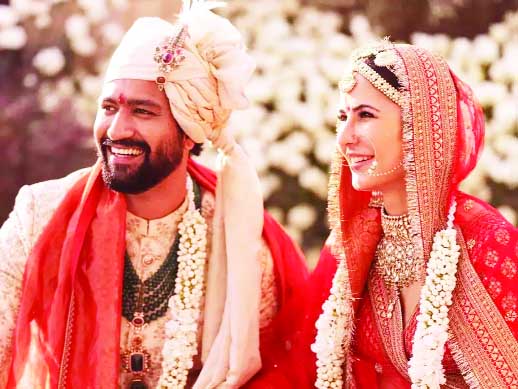 Katrina Kaif: Katrina Kaif and actor Vicky Kaushal tied the knot in dreamy marriage ceremony in Rajasthan this month. The grand ceremony and the pictures which were shared by the couple on Instagram provided their fans a glimpse of their special event. From Mehendi to Haldi, Katrina and Vicky lived a memorable wedding story.
Priyanka Chopra: Priyanka Chopra Jonas made yet another major announcement recently when she said she will essay the role of Sati in Warner Bros’ upcoming movie The Matrix Resurrections.
Rani Mukerji: Bong beauty Rani Maukherji paired up with Saif Ali Khan for their latest release Bunty Aur Babli 2. The movie, however, failed to perform strongly at the Box Office.
Saif Ali Khan: Pairing up with Arjun Kapoor, Saif Ali Khan tickled the funny bones with his performance in OTT released movie Bhoot Police. He was also seen in the movie Bunty Aur Babli 2. However, the film failed to create a real impression at the Box Office.
He will soon be seen in the movies Adipurush and Vikram Vedha. His OTT web series

performance was seen in Amazon Prime release Tandav.
Salman Khan: Salman Khan had two big releases this year namely Radhe and Antim: The Final Truth. However, none of them performed really strongly at the box office.
Shah Rukh Khan: Shah Rukh Khan too was in news for the wrong reasons after his son Aryan Khan was taken in custody after the Narcotics Control Bureau (NCB) officials raided a rave party on a cruise ship. He was lodged in jail for several days before being granted bail later.
Kriti Sanon: If one actress kept on flying high with her selection of films and acting, it would be undoubtedly Kriti Sanon. Playing a surrogate mother in Mimi and stunning her fans with Hum Do Hamare Do, Kriti is the talk of tinseltown in 2021.
Special Mention:
Kiara Advani and Sidharth Malhotra: Kiara and Sidharth won hearts with their release Shershaah.
The is a 2021 Indian Hindi-language biographical war film directed by Vishnuvardhan in his Hindi film debut and written by Sandeep Shrivastava.
The film follows the life of Param Vir Chakra-awardee Captain Vikram Batra, from his first posting in the army to his martyrdom in the Kargil War.
The film stars Sidharth Malhotra as Vikram Batra and Kiara Advani as his girlfriend Dimple Cheema.
The film was produced by Dharma Productions and Kaash Entertainment. (TWF)