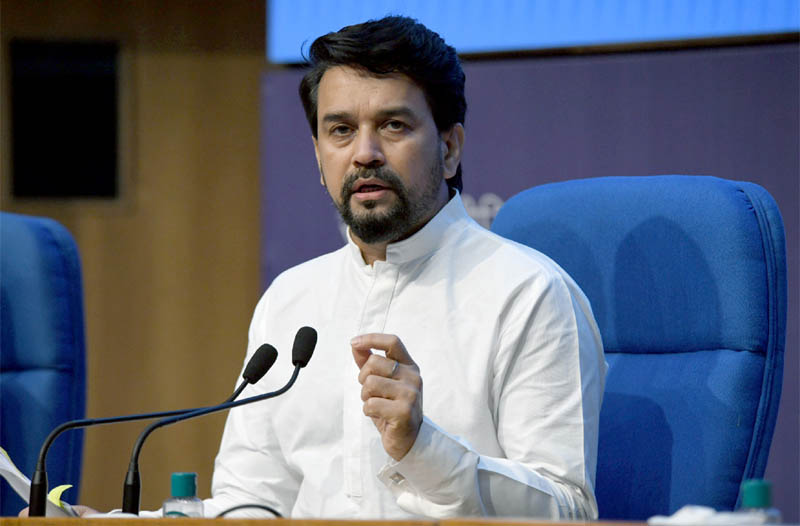 NEW DELHI, Dec 2:
Information and Broadcasting Minister Anurag Thakur on Thursday exuded confidence of the Bharatiya Janata Party (BJP) winning the MCD elections and said the party will secure more seats than in the last polls.
“The corrupt Aam Adami party has many frauds, from the health minister who is in jail to the education minister trapped in liquor swindle; it is the party of liars,” Thakur alleged. Talking to ANI, Thakur referred to the alleged irregularities in the excise policy of Delhi government which was later withdrawn and other charges levelled by the BJP against the AAP government.
He alleged that Chief Minister Arvind Kejriwal has “only three main agendas and these are alcohol, corruption and fraud”.
He said women are facing the problem of water and have to trudge distances to get water at some places but AAP focused on the expansion of liquor vends in Delhi.
He said the BJP will get a lot of support of women voters also.
“We will gain more seats than before and will surely win,” he said. The high-stakes polls to the 250-ward Municipal Corporation of Delhi are due on December 4 and the votes will be counted on December 7. The civic polls are seeing a contest between the BJP, which currently holds the reins of the civic bodies in the national capital, the AAP and the Congress. (ANI)