NEW DELHI : In view of the 2022 civic body polls in Delhi, the city unit of the BJP plans to form an 18-member working group to add value to the works done by the municipal corporations in the national capital and improve their image among people.
The plan comes amid enhanced attacks on the three BJP-ruled municipal corporations in Delhi by the Aam Aadmi Party (AAP).
“The working group will be led by three senior Delhi BJP leaders and have five senior members each from the three municipal corporations,” Bharatiya Janata Party (BJP) national vice president and in-charge of its Delhi unit Shyam Jaju said.
The names of the three leaders for the working group will be announced soon, he said, adding that the mayor, deputy mayor, chairman and deputy chairman of the standing committees and the leaders of the House in each corporation will be its members.
The BJP has been ruling the municipal corporations since 2007. Opposition parties AAP and Congress have been hammering the BJP-ruled civic bodies with charges of corruption and inefficiency.
“The corporations do a lot of good work like they are doing as frontline agencies during the coronavirus pandemic. The working group will focus on how to add value to these works done by the civic bodies, which will eventually help in engineering an improved perception and image among people,” Jaju said.
In the 2017 civic body polls, the BJP romped home winning 181 of the 272 municipal wards in the city. The AAP managed to win in around 50 wards.
The next municipal corporation polls are due in early 2022.
The AAP has been quite vocal of late in raising civic issues and attacking the BJP for its alleged failures in ruling the three municipal corporations.
AAP leaders have been slamming the municipal corporations over a range of issues, including taxes, management of cowsheds (gaushalas) and civic amenities.
Recently, the North Delhi Municipal Corporation (NDMC) threatened to file a defamation case against AAP MLAs Raghav Chadda and Atishi for allegedly levelling corruption charges on the civic body.
In view of the 2022 corporation polls, the AAP is also gearing up to restructure its Delhi unit. (AGENCIES) 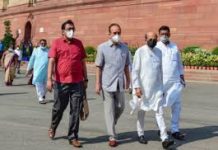 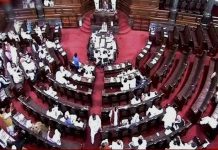