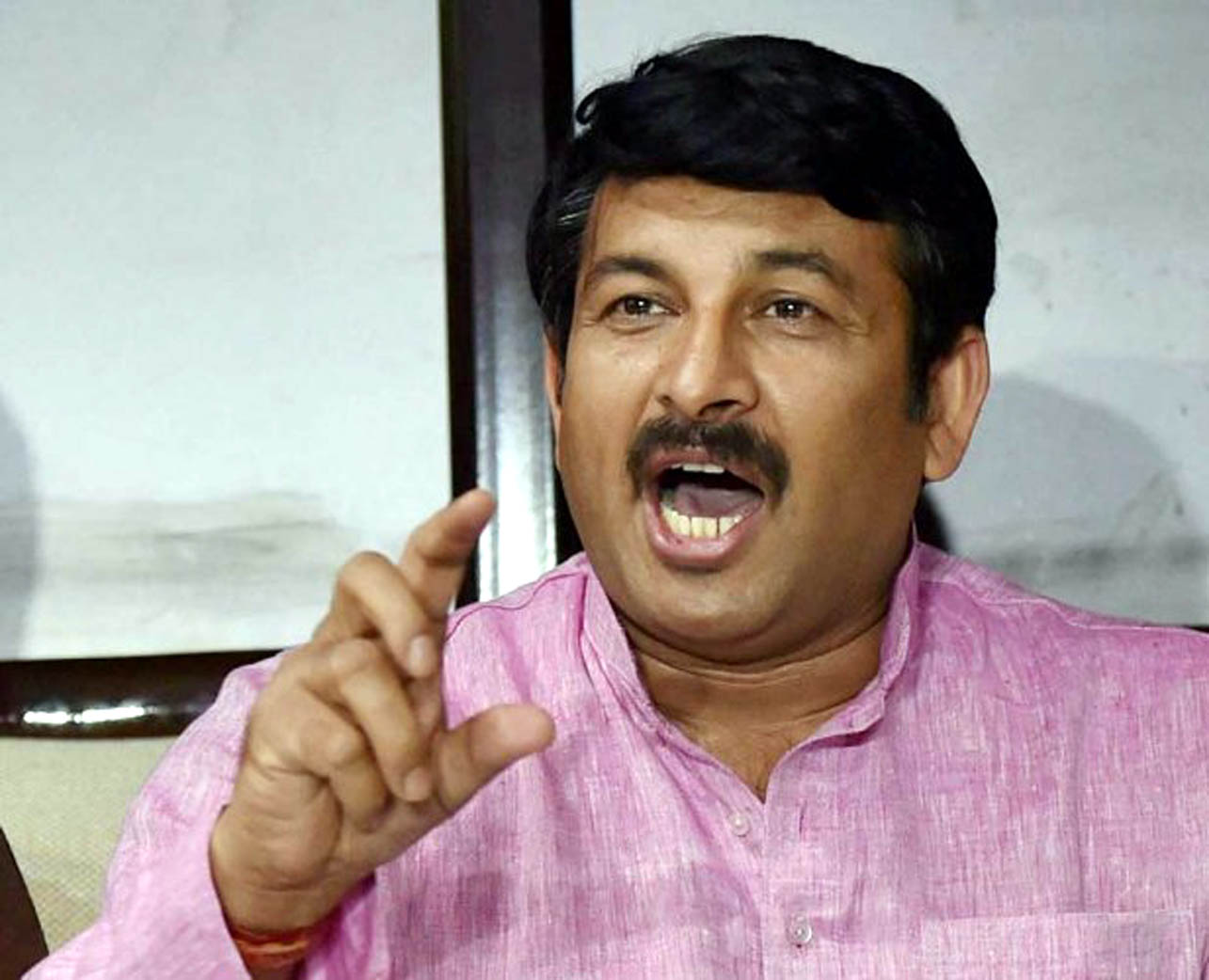 NEW DELHI, Apr 28: Seeking re-election from the North East Delhi Lok Sabha constituency, Bjojpuri flim star and sitting MP Manoj Tiwari reached out to voters in Purvanchali dominated Burari by holding a roadshow on Sunday.
The Delhi BJP president’s four-hour-long roadshow started from Nangli village in Burari Assembly constituency, which is part of the North East Delhi Lok Sabha seat, in the morning and concluded after covering around 10 kilometres, passing through several localities.
People lined up along the roadside and some hanged from balconies of their houses to have a glimpse of Tiwari’s roadshow.
The country is scripting a new chapter in history, Tiwari said beginning his roadshow at Nangli asking people to vote for the BJP.
“The country needs a Mazboot (strong) government not a Mazboor (helpless) government,” he said.
Tiwari, who had won from the constituency in 2014 by defeating Aam Aadmi Party’s Anand Kumar by around 1.5 lakh votes, is indulged in a triangular contest this time.
He is pitted against Delhi Congress president Sheila Dikshit and former Delhi AAP convener Dilip Pandey in the poll battle on the seat.
The huge procession of Tiwari passed through congested roads and localities of North East Delhi with people greeting him as his open mini-truck plied at a slow speed.
He also got down at many places to meet people and seek their support for his campaign and telling them how the Modi government ensured both development and security of the nation in its five year term.
The people of the constituency, having pockets of Gujjars, Sikhs and backward castes, besides dominant Muslim and Purvanchali communities, had gathered to have a look at the colourful procession and Tiwari who is a popular singer and actor of Bhojpuri films.
“I have just come to see Manoj Tiwari as I am fond of his songs. I don’t know about his work in the area but he is very popular,” said Rajesh, a migrant worker from Bihar who was watching the roadshow in Burari.
“The people have resolved to bring back Narendra Modi as next Prime Minister of the country,” Tiwari said thanking people for their support at the end of the roadshow. (PTI)