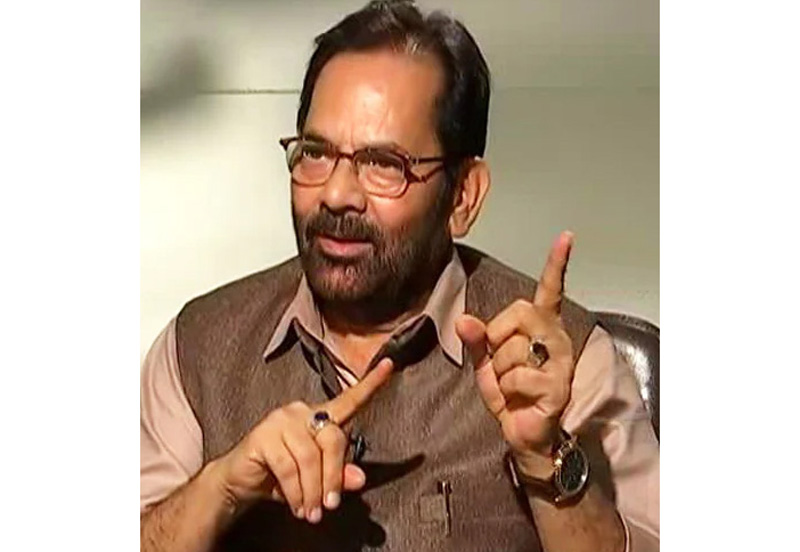 NEW DELHI, Nov 27:
A politician’s identity is not dependent on family lineage and the BJP’s governments work to ensure empowerment without appeasement and development without discrimination, senior party leader Mukhtar Abbas Naqvi said on Sunday, in an apparent dig at the Congress.
Participating in meeting in Uttar Pradesh’s Nauganva to seek support for the BJP’s candidate, Akash Saxena, for the December 5 Rampur assembly bypoll, the former Union Minister said arrogance and anarchy cause trouble.
Politics of “arrogance of power and post” never lasts long and the welfare and wellbeing of the common people should be the objective of politicians, Naqvi said.
The Rampur seat fell vacant after Samajwadi Party MLA Azam Khan was convicted by an MP-MLA court in a 2019 hate speech case.
“The (Narendra) Modi-Yogi (Adityanath) era has replaced ‘khandaani zamindari’ (family feudalism) with ‘khidmat ki ravadari’ (devotion to service). This revolutionary change has jolted those who considered politics as their ‘dynastic property’,” a statement from Naqvi’s office quoted him as saying at the meeting.
“Prime Minister Modi has brought significant positive change in the country’s politics. Now, a politician’s identity is not dependent on a ‘family cradle’, but only his diligence and hardwork can establish him in politics,” Naqvi said.
Modi and Uttar Pradesh Chief Minister Adityanath have made every section of society an equal partner of progress with the commitment to ‘reform, perform and transform’, he said.
The BJP Governments at the Centre and in the state are dedicated to welfare of villages, farmers, youth, poor, women and downtrodden, Naqvi said.
Stating that currently there is an atmosphere of trust and development among all sections due to Modi-Yogi’s policy of “empowerment without appeasement” and “development without discrimination”, he credited the duo for kicking out the era of “power brokers” and “loot lobby”.
Naqvi said opposition parties in Uttar Pradesh are competing for power without any base among the masses. “They are fighting to become a ‘landlord without land’,” he said.
Uttar Pradesh Minister Suresh Khanna, Rampur Zila Panchayat chairman Khayaliram Lodhi, Pacfed chairman Surya Prakash Pal, BJP Rampur district president Abhay Gupta, senior BJP leader Kapil Arya were among those present at the meeting. (PTI)