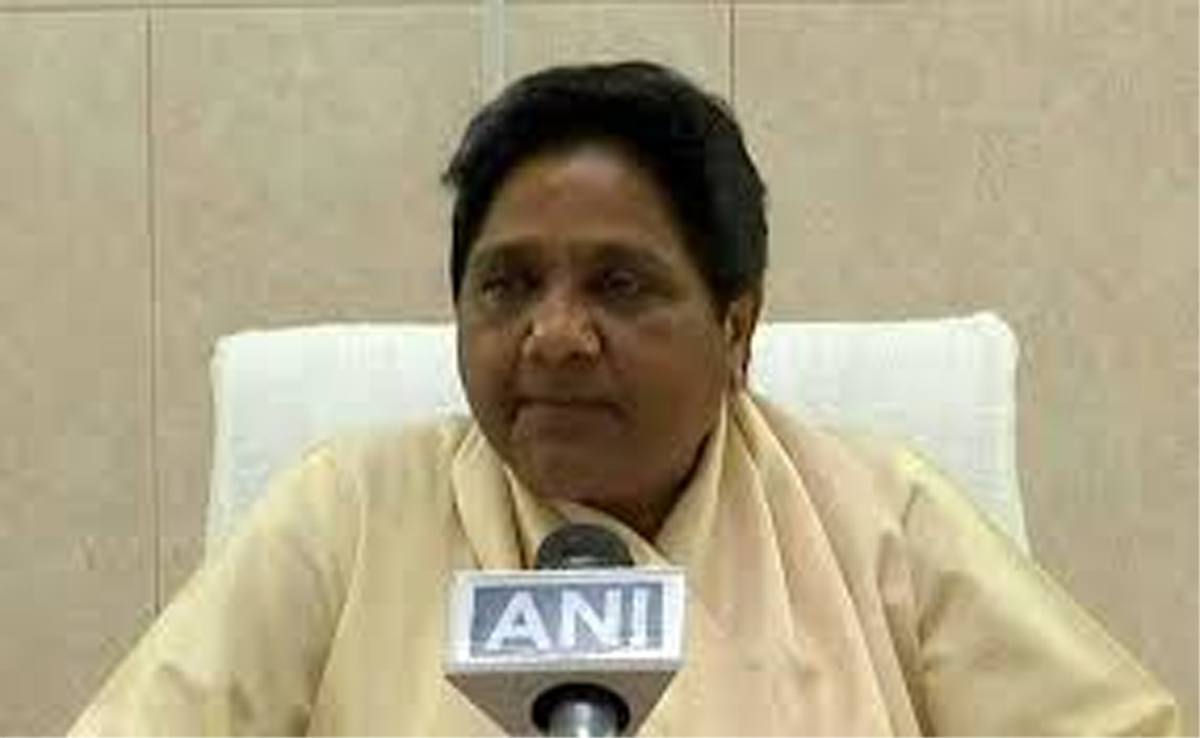 LUCKNOW, July 20: BSP chief Mayawati Saturday alleged that the BJP Government in Uttar Pradesh was using Section 144 to hide its shortcomings and not allowing anyone to visit Sonbhadra, where 10 people were gunned down this week.

Section 144 of the Criminal Procedure Code (CrPC) empowers an executive magistrate to prohibit an assembly of more than four persons in an area.

The Bahujan Samaj Party (BSP)leader’s remarks comes on a day a TMC delegation was detained at the Varanasi airport when it was going to meet the victims’ families in Sonbhadra. On Friday,

Congress leader Priyanka Gandhi Vadra was stopped from going to Sonbhadra and detained.

In a tweet Mayawati said, “The UP government is banking on section

144 to hide its shortcomings pertaining to protection of life and property, and is not allowing anyone to visit Sonbhadra. Even then, the BSP legislature party has been directed to visit the place and extend every possible help to the affected people.” “Government’s laxity was the main reason for this massacre,” she tweeted.

Ten people were killed and 28 injured in a clash between a village head’s supporters and Gond tribals in Sonbhadra on Wednesday.

“The atrocities and exploitation of the tribals in Sonbhadra, removing them from their land and now the massacre are concrete evidence of the BJP government’s failure on the law and order front,” she said.

Not only the people of Uttar Pradesh, but even people across the country are worried. During the BSP government, the interests of ttribals were specially looked after, the former chief minister said.

So far, 29 people have been arrested in the case, including the village headman. (PTI)