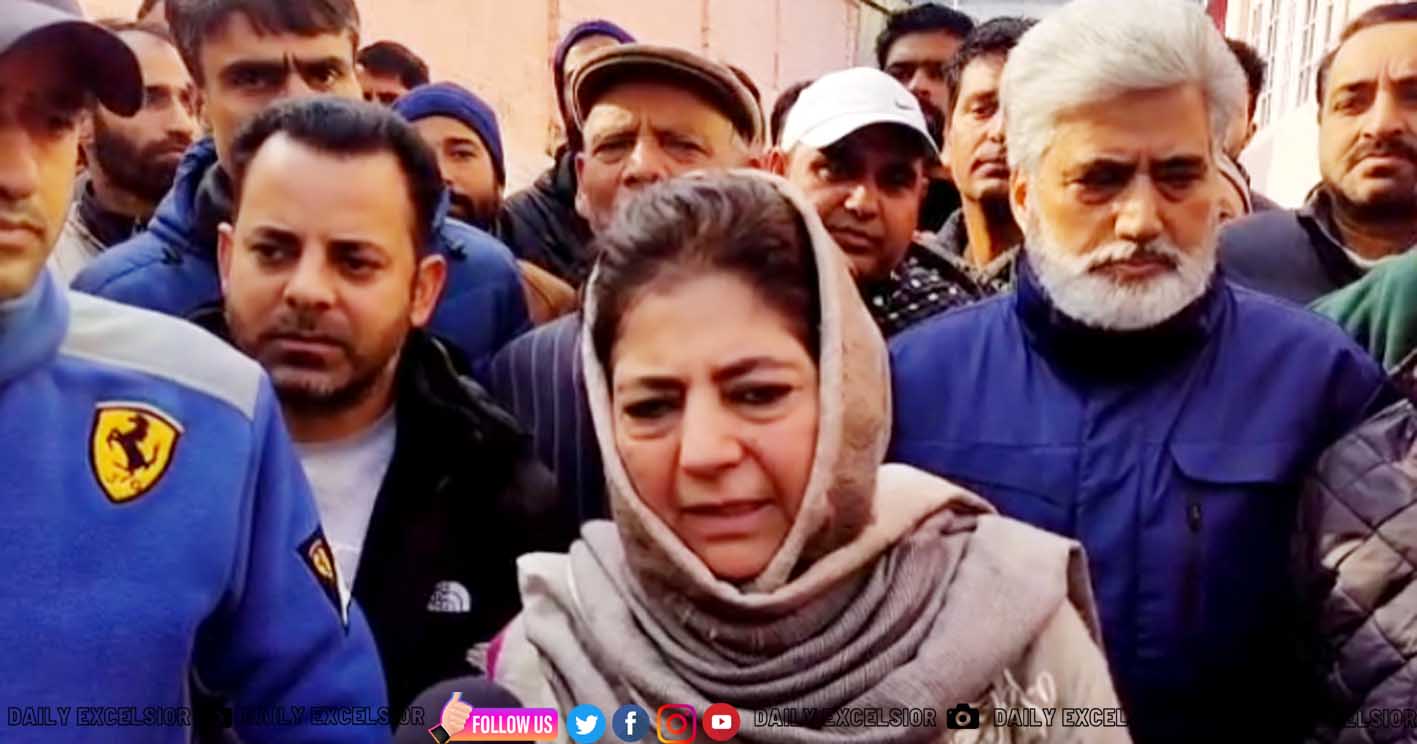 SRINAGAR, Dec 6: Peoples’ Democratic Party chief Mehbooba Mufti on Tuesday accused the BJP of ”exploiting the pain and suffering” of Kashmiri Pandits and said the government had failed to protect the minority community in Kashmir.
”This government has failed to protect Kashmiri Pandits. It is only exploiting the pain and suffering of the community for its own benefits. It is not serious about their problems,” Mufti told reporters at Qazigund in Anantnag district.
Commenting on the leakage of a list of Kashmiri Pandit employees posted in Kashmir, she said it was unfortunate that such information was being made public. ”It is unfortunate that despite BJP ruling both at the Centre and in Jammu and Kashmir, it is not taking any decision on the issues of Kashmiri Pandits, who have been on the road for the past six months now in Jammu,” she said.
Mufti said on one hand the Kashmiri Pandits were being asked to report for work, while their details were being leaked on the other. ”The government should tell people how it happened,” she said.
Recently, a blog linked to a terror outfit published a list of 56 Kashmiri Pandit employees engaged under the Prime Minister’s Rehabilitation Package and warned of mounting attacks on them.
Police said a probe had been initiated to ascertain who was behind the circulation of the list.
While the list uploaded on social media was not authentic, investigations were underway to nab the culprits behind it, they said. (Agencies)