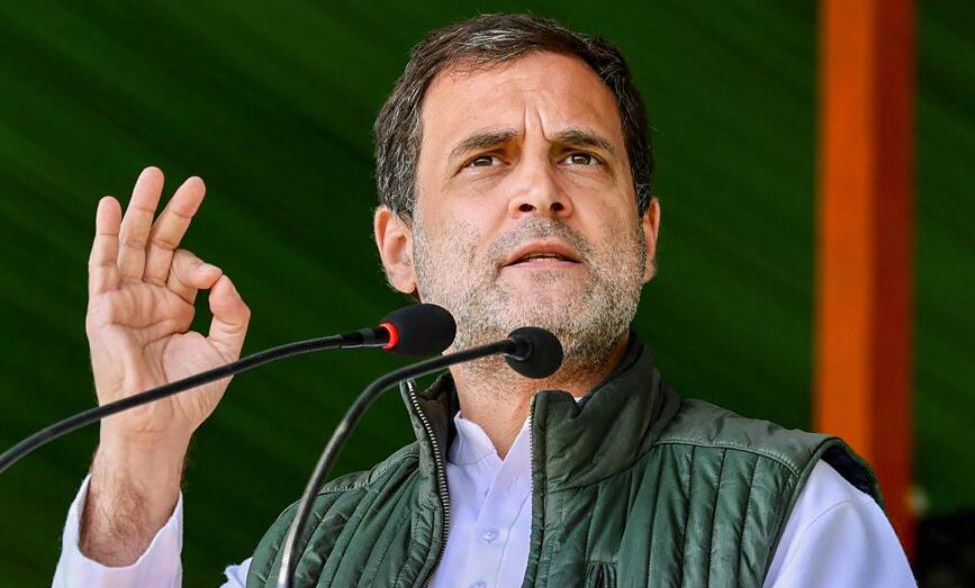 JAMMU, June 2: While targeting BJP Government for its total failure to handle deteriorating situation in Jammu and Kashmir, J&K Congress today sought that Rahul Gandhi should lead the Party as next president to fight the politics of vendetta and Modi Government.
In the resolutions passed at the two day ‘Congress Shiver’ at Patnitop in district Udhampur on the concluding day today, the Congress leadership condemned in the strongest possible words the continued targeted killings of innocents, especially minorities in Kashmir, terming it as total failure of BJP Govt to handle the situation and demanded urgent and effective measures to stop innocent killings and ensure the safety of common man and minorities in Kashmir. Click here to watch video
The top party leadership resolved to maintain strict discipline in the Party at all levels, bring end to the “anti-employeepolicies” of the Govt subjecting them to various kind of harassment. It also condemned the harassment to the various categories of contractual adhoc, daily wagers, needs based and other temporary employees working in different departments and sought their regularization.
The two-day ‘Congress Shiver’ of senior Congress leaders of Jammu and Kashmir unanimously urged the Rahul Gandhi to lead the party as next Congress president and resolved to aggressively fight back the politics of vendetta and anti-people policies of BJP Government led by Prime Minister, Narendra Modi.
In a unanimous resolution, the participants expressed full faith în the leadership of Congress president Sonia Gandhi and proposed that Rahul Gandhi should lead the party as next president to aggressively fight back the politics of “vendetta, and anti-democratic & other anti-people policies of BJP Government”.
The resolution was passed in presence of AICC in-charge J&K affairs Rajni Patil (MP), AICC PRO for J&K and Rajya Sabha Member (Elect) Ranjeet Ranjan, CWC Member Tariq Hameed Karra and all senior leaders of Jammu and Kashmir, which was proposed by JKPCC president Ghulam Ahmad Mir.
The State level ‘Nav Sankalp Shiver’ concluded today which was attended by top brass of the party including senior functionaries of JKPCC, district presidents, Former Ministers, ex-legislators, frontal heads etc from all parts of Jammu and Kashmir.
The Shiver held threadbare discussions during the past two days on various issues including the current political and security situation, organizational affairs, membership drive and organizational elections and issues of women and youth, social justice, public welfare and other matters of public importance.
The Shiver condemned the targeted killings of innocents especially the minorities in the strongest possible words and expresses its grave concern over the deteriorating situation in Kashmir and demanded urgent and effective measures to stop innocent killings and the prevailing sense of great insecurity amongst the common people especially the minorities. It also sought immediate shifting of Kashmiri Pandit, Jammu based employees and other vulnerable people to safer places till the situation is brought under control.
Senior AICC leader Rajni Patil, in her address reiterated party demand for the restoration of Statehood to Jammu and Kashmir with Constitutional safeguards for the protection of land and jobs for the locals of J&K.
Patil rejected the Delimitation report in the present form which amounts to strategically rigging of the next elections. She sought early restoration of democracy in Jammu and Kashmir. She said that Congress shall reach out to coordinate its efforts with other like-minded forces, groups, NGOs etc to fight against the “politics of hate, division and diversion” of the BJP in-order to maintain atmosphere of peace and harmony in the society.
It was resolved during the Shiver that Congress shall work to protect the legal rights of the landless, small and marginal farmers in bonafide use and occupation of the lands for decades and seeks framing of a fair policy based on justice and equity in this regard. The Party shall work for due Constitutional and legal rights to the SCs, STS, OBCs, Paharis and other weaker sections.
It was further stressed that the Party shall struggle for resolving the unsettled issues and financial package and political empowerment of displaced people of 1947, 1965 and 1971.
The Party also sought adequate compensation to the affected people/stakeholders due to lockdowns in the Tourism, Industry, Transport, Trade, Agriculture and Horticulture sectors etc.
It was resolved that adequate number of women and youth should be considered for party tickets with at least five years organizational experience and shall be considered for organizational assignments as per Udaipur declaration including the former office bearers of Youth Congress and NSUI.