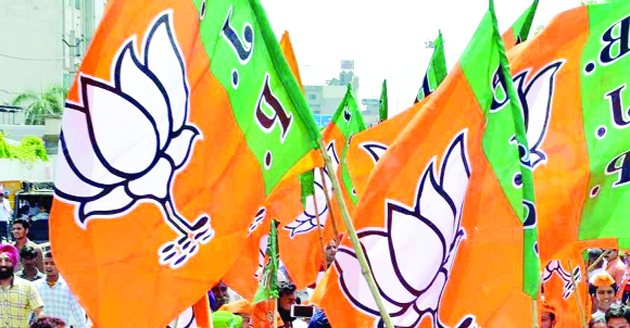 Brij Bhardwaj
Gone are the days when elections were won on the strength of following of party or the popularity of its leaders at national level. In polls for State Assemblies the face of Chief Minister, selection of candidates for the assembly are also important. Another major consideration is caste combination as all sections of voters have to find representation as that alone helps in knitting together a winning combination. Result is that on eve of polls in States four Chief Ministers have been replaced by BJP and more may follow. Congress has also changed Chief Minister in Punjab and is considering changes in other states where it is in power.
This has been done as incumbency has become an important consideration. In view of new tools available, like surveys conducted by professionals, political parties can change plans and change leaders to improve their poll prospects. It has also become clear during the last few years that voters make different choices in polls for Lok Sabha to elect union Government and polls in States. There are very few chief ministers who remain popular with electorates after having been in power for one term. There are exceptions like Prime Minister Narendra Modi who ruled Gujarat for three terms or Orissa Chief Minister Naveen Patnaik and Mamata Banerjee in West Bengal.
But in majority of cases there is a demand for change as was case in Tamil Nadu , Rajasthan , Madhya Pradesh and Punjab. To overcome incumbency, leadership of parties goes for change of Chief Ministers. Another consideration is to give representation to communities which are left out and could go with opposition parties and thus create a problem. There is also realisation that popularity of national leaders or party is not enough to win polls in States.
If there is a wave, even lamp posts and unknown candidates win, but not in a normal poll. There were times when a candidate who got Congress nomination could win. Same was the case with Janata Party in seventies and with BJP in first term, in 2014 They did not have to name chief minister candidate, as it was declared by the party after the poll. In many cases unknown persons were selected for top posts and State leaders were made to follow dictates of Party High Command. Change of Chief Ministers’ in case of BJP ruled States has been smooth as BJP is more disciplined as a party and there is no challenge to leadership of Prime Minister Narendra Modi and Home Minister Amit Shah. Change by Congress in Punjab has been a prolonged affair and done in a clumsy manner. But it has made a choice which may help it in retaining power. With Dalits who are one third of total electorate it has chosen a Dalit leader as Chief Minister. Akali Dal and Aam Admi Party who offer challenge to them have also been keen to woo Dalits in a State where Jat Sikhs have always ruled.
In U.P race is to get Dalits, OBC and Brahmin vote. So BJP has included seven new Ministers in the Union Cabinet. BJP aim is to woo Hindu votes in general but is not ignoring caste factor. Temple in Ayodhya and appeasement of minorities by Samajwadi Party and BSP when in power have become important plank for ruling party in U.P. One wonders if economic issues , unemployment or mismanagement during Corona epidemic or current wave of Dengue, will be overshadowed by religious divide. Farmers’ agitation will pose a challenge in Western U. P, Haryana and Punjab.
State elections, particularly polls in U.P are important, as it will indicate how things will turn out in 2024 national poll. Ruling BJP will be starting as a front runner as they have an impressive election machinery, a good caste combination and leaders like Prime Minister Narendra Modi and Home Minister Amit Shah . More so there has been lot of talk about unity in opposition ranks, but no real progress has been made so far on ground. In a state like U.P we are likely to witness triangular contests between BJP, Samajwadi Party and Bahujan Samaj Party. Congress and small outfits will play a marginal role.
The polls in States are few months away, but preparations have started. One only hopes that third wave of Corona which is being predicted by medical experts will not act as spoiler and dampen the spirits. There may be many who call Indian democracy being flawed but elections have remained combative and no political party can take them for granted. There is little doubt that media campaigns or large resources cannot ensure a favourable outcome as Indian electorate has become clever and sophisticated.