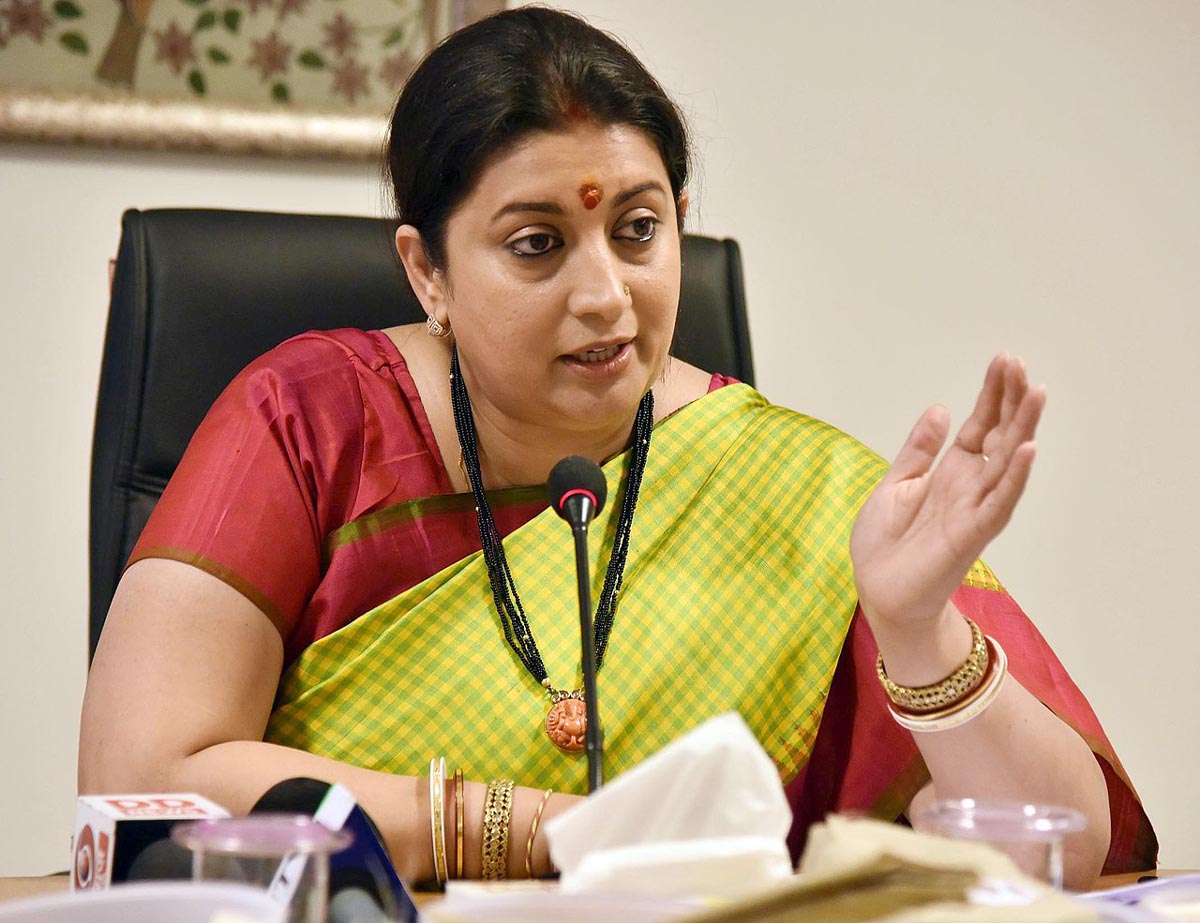 HYDERABAD, Dec 4: Asserting that the Modi Government at the Centre was committed to the development of Telangana, Union Minister Smriti Irani Tuesday alleged that the ruling TRS had ‘failed’ to take the central schemes to people at the grass root level.
Addressing an election rally at Nizamabad, she said if voted to power, the BJP would provide bicycles at free of cost to girl students from class VII to X, besides scooter at 50 per cent subsidy to young ladies pursuing higher studies.
Highlighting the promises made in the BJP manifesto for December 7 assembly elections in Telangana, the Information and Broadcasting Minister said her party would waive farm loans up to Rs two lakh and provide free borewell to farmers.
She claimed that as many as 20 lakh families in Telangana were given free gas connections under Ujjwala Yojana scheme and the Prime Minister Narendra Modi-led government had sanctioned over two lakh houses to the state.
“The central government has also connected 44 agricultural markets under eNAM (National Agricultural Market) scheme for the benefit of farmers for better price and better market conditions.
Each and every BJP party worker can proudly say that in these 44 markets, farmers of Telangana were able to sell 7.5 lakh tonnes a agricultural goods worth Rs 30,000 crore,” she said.
The Minister also assured that notification for filling two lakh job vacancies in the State Government would be issued within three months if BJP was voted to power.
Irani noted that Modi Government has increased working days under the rural employment scheme, MGNREGA to 150 days from the earlier 100 days and also fund to the extent of Rs 55,000 crore was given.(PTI)