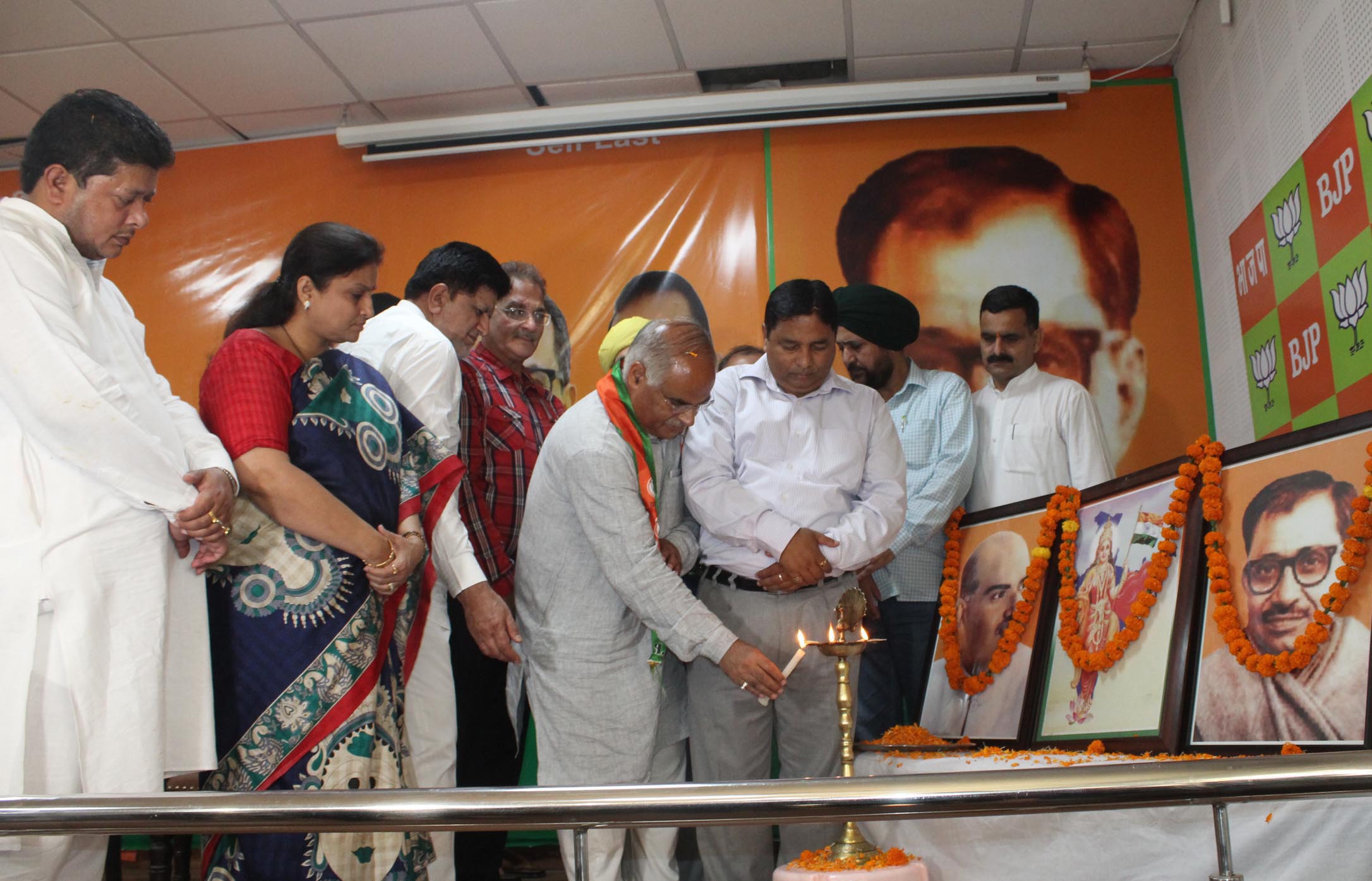 Click here to watch video
Sat Sharma in his address said that the party decided to hold the programme on the Foundation Day up to every booth level. He said that today the party has grown to the level of largest political party of world, with its Government in 20 States having 11 crore party members. The people want to connect with the party and its ideology, he added.
Sharma said Prime Minister,  Narendra Modi has given new direction for commitment to the growth and development of the nation. Party is committed to give the nation its due status as “Vishav Guru”, he asserted.
Ashok Khajuria attacked the Opposition in general particularly the Congress for all the misdeeds in the past. He said that those leaders who are knee deep involved in scams and bungling had absolutely no right to stay in the Government and that’s the reason the public has shown them the exit door. Now they are making baseless charges on BJP out of sheer desperation, he added.
Ashok Kaul emphasized the historical relevance of the need of a strong political party based on the values of nationalism and philanthropy.  He said that the strong organizational fabric of the party keeps track of the working system of the party.
He said the seed was sown 38 years ago on this day on April 6 1980, which has now blossomed into a giant tree with strong and firm roots.
Kavinder Gupta in his address spoke on the achievements of BJP Government  at the Centre and in the State. He credited the strong values of the organization and its dedicated cadre base for the good governance.
Party veterans and senior leaders were also felicitated on the occasion for their contributions towards the party and the society.
The leaders and dignitaries present on the occasion congratulated party cadres, who worked unitedly for the party and making it one of the most popular and people-friendly unit in the entire nation.
Meanwhile, district Jammu West celebrated BJP’s Foundation Day with flag hoisting by State president Sat Sharma (C.A) along with district president Ayodhya Gupta at party office, Kachi Chawni, here.
Foundation Day of BJP was celebrated at Rani Park, Jammu, in which Minister of State for Education, Priya Sethi was the chief guest. She gave the brief description of schemes by Modi Government and achievements of Government.
Another function was held at Arnia in R S Pura tehsil in which MLC Ramesh Arora (Adv.) was the chief guest.
Function in connection with celebration of the Foundation Day was also organised by BJP Law & Affairs Department State convenor, Onkar Seth at High Court Complex, Janipur, Jammu.
Another function was organised by BJP Talab Tillo Mandal to celebrate the day. The function was organised by Keshav Chopra, vice president of Talab Tillo Mandal and district, president Ayodhya Gupta also graced the occasion.
The Foundation Day was also celebrated at other districts including Kathua, Samba, Udhampur, Reasi, Doda, Kishtwar, Ramban, Rajouri and Poonch today.
At Doda function was held under the leadership of district president Mandeep Razdan while at Kathua the function was held under the chairmanship of district president BJP Prem Nath Dogra.