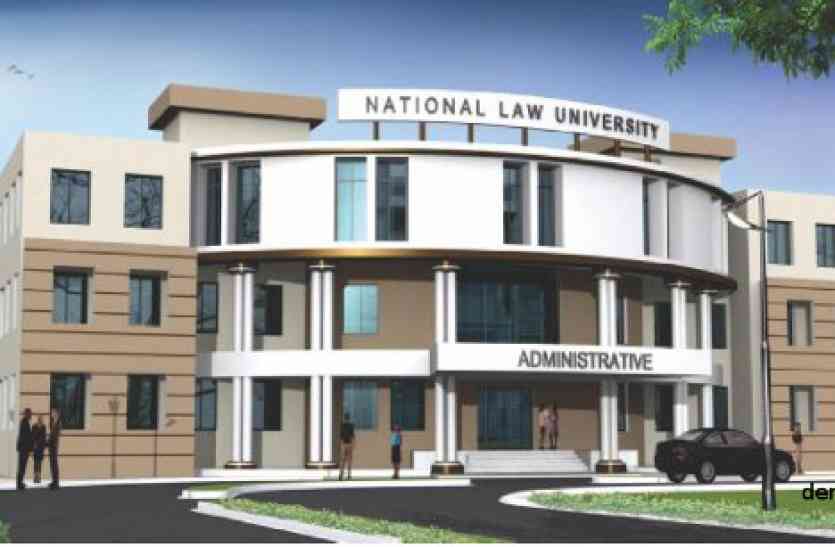 Mohinder Verma
JAMMU, Jan 13: A Bill for establishment of National Law University in Jammu and Kashmir, which was passed by both the Houses of State Legislature early last year, is still awaiting the approval of the Governor. Due to this, the resolution adopted by the All India Law Ministers’ Conference several years back could not be implemented so far and large number of students from the State are still compelled to take admissions in universities in different parts of the country.
The Bill for establishment of maiden Law University in the State was introduced in the Legislature during the Budget Session held in the months of January-February last year on the ground that large number of students from Jammu and Kashmir are showing keen interest in higher and quality legal education and in the absence of Law University in the State they are compelled to take admissions in universities in different parts of the country.
The Legislature was also informed by the Government that even All India Law Ministers Conference had resolved for establishment of Law Universities in majority of the States to impart training and advanced education to the students and researchers so that quality of justice delivery system improves.
The Bill was approved by both the Houses of the State Legislature in the month of February 2018 following brief debate and as per the provisions of Constitution of Jammu and Kashmir, the Bill after approval by the State Legislature was referred to the Governor for his mandatory assent. However, the then Governor N N Vohra withheld the nod for want of clarifications from the Government, official sources told EXCELSIOR.
“The Governor had observed that there was deviation from the pattern which is prevalent all over the country for the post of Chancellor of J&K National Law University”, sources said.
In the Bill passed by the Legislature the then Government had proposed Chief Minister as Chancellor of the Law University but in other parts of the country Chief Justice of the concerned State is the Chancellor of the National Law University. “This was justified by the State Government on the ground that Chief Justice generally remains busy in handling the affairs of the judiciary and attending the court on regular basis”, sources said.
Further justifying the Chief Minister as Chancellor of the National Law University, the Government had conveyed to the then Governor that one sitting Judge of the J&K High Court will be part and parcel of Executive Committee of the Law University as such highest judiciary would have a key role to play in the functioning of the varsity.
“Even Chief Justice of India will be the Visitor of the National Law University to guide on important aspects as such there is no major deviation from the set pattern”, the Government had further mentioned in the response to the Governor’s clarification.
Thereafter, the then Governor had sought the copy of the resolution of the All India Law Ministers Conference whereby establishment of the National Law Universities in maximum States was recommended several years back. It has been learnt that the copy of resolution was also furnished to the Raj Bhawan after managing the same from the Union Ministry of Law and Justice.
“However, till date the Bill has not been cleared by the Governor as a result of which the resolution adopted in the All India Law Ministers Conference could not be implemented and students are still compelled to take admissions in Law Universities in different parts of the country”, sources said. They, however, hoped that present Governor Satya Pal Malik will pay required attention towards this issue and clear the decks for the establishment of maiden Law University in Jammu and Kashmir.
In response to a question, sources said, “even during the President’s Rule the Governor assumes powers to give assent to those Bills which have already been passed by the State Legislature”, adding “the expectations about nod to Law University Bill have increased manifold in the light of the fact that few days back Governor Satya Pal Malik made first ever Law Commission of Jammu and Kashmir functional by making appointment of Chairperson”.