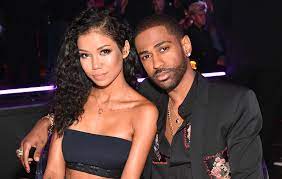 Los Angeles, June 4: American rapper Big Sean and singer Jhene Aiko are set to welcome their first child.
The 34-year-old the “Chilombo” singer’s representative confirmed the news to People magazine.
“The couple is overjoyed and looks forward to this next chapter,” the statement read.
Big Sean, 34, and Aiko have been together on and off since 2016. They have collaborated on numerous songs and have released a joint album titled “TWENTY88”.
Earlier this year, the “Hate or Love” rapper had revealed that they were working on a new album.
While this will be Big Sean’s first child, Aiko is already a mom to 13-year-old daughter, Namiko Love, whom she shares with R&B singer O’Ryan.
(PTI)