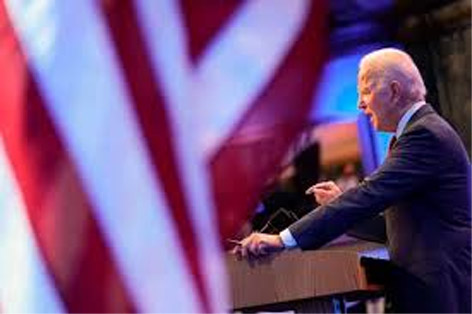 Washington, Sep 30:Democrat Joe Biden has evoked his son Beau Biden to criticise President Donald Trump for reportedly calling members of the American military who lost their lives “losers” and “suckers.”
Raising his voice at Tuesday night’s debate, Biden described his son as a hero. Beau Biden died of cancer in 2015.
Trump responded by pivoting to a familiar attack, on Biden’s other son, Hunter.
The president said, “I don’t know Beau. I know Hunter,” and accused Hunter Biden of having collected millions of dollars from oversees interests, including China, while working as a consultant during his father’s tenure as vice president.
It echoed attacks the president made earlier in the debate in Cleveland, but have little basis in fact.
Trump also opened a new line of attack when he said Hunter Biden was dishonourably discharged from the military for cocaine use.
Biden responded that his son wasn’t dishonourably discharged.
He addressed viewers directly and said that, like a lot of Americans, Hunter had a drug problem but was “working on it” and had “fixed it.”
Biden added “I’m proud of my son.”(AGENCIES)