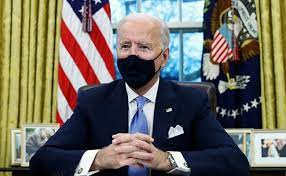 Washington, Feb 4:The Biden administration has approved a more than $23 million sale of Information Technology (IT) distribution terminals to Saudi Arabia, the Defense Security Cooperation Agency (DSCA) announced in a press release.
The State Department has made a determination approving a possible Foreign Military Sale to the Kingdom of Saudi Arabia of Multifunctional Information Distribution System-Low Volume Terminals (MIDS-LVT) and related equipment for an estimated cost of $23.7 million, the release said on Thursday.
The agency delivered the required certification notifying Congress of the possible sale earlier on Thursday, the release said.

?The Kingdom of Saudi Arabia has requested to buy 31… MIDS-LVT Block Upgrade 2 (BU2) that will be added to a previously implemented case,? the release said.

Also included in the approval are the sales of communications equipment; support equipment; engineering and technical support and assistance; training; and other related elements of logistics and program support, according to the release.