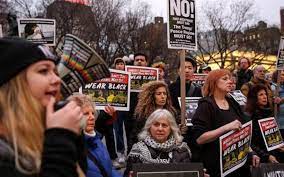 Washington, Dec 1: A bipartisan group of 49 influential US lawmakers have urged the Biden administration to include documented dreamers in the Deferred Action for Childhood Arrivals (DACA).
An overwhelming majority of documented dreamers are kids of Indian-Americans who came to the US lawfully mainly on H-1B visas. A kind of administrative relief from deportation, the purpose of DACA is to protect eligible immigrant youth who came to the United States when they were children from deportation.
Congresswoman Deborah Ross and Senator Alex Padilla on Tuesday led 49 House and Senate Members in submitting a bicameral comment letter requesting that the Department of Homeland Security (DHS) expand the DACA threshold criteria to include documented dreamers.
As the children of long-term visa holders, documented dreamers grow up with legal status in the United States, but age out of the system at 21 when their dependent visas expire if they have not been granted a green card by that time.
The lawmakers are urging DHS to extend eligibility to the 2,00,000 documented dreamers who are not currently eligible for protection from deportation under DACA, a media release said.
“If DACA were updated as we have suggested, Documented Dreamers who were present in the United States on June 15, 2012 could be given the chance to remain and continue to contribute to our nation after they reach age 21. DACA was designed to protect children and young adults who have grown up in the United States from being forced to return to countries they hardly know. We urge you to fulfill the promise of this policy by extending DACA eligibility to Documented Dreamers,” the lawmakers wrote.
The move was welcomed by documented dreamers.
“We are grateful for Congresswoman Deborah Ross and Senator Alex Padilla for leading dozens of members of Congress in asking the administration to remove the unjust requirement that prevents documented dreamers from qualifying,” said Dee Patel, founder of Improve the Dream.
Over 2,00,000 children and young adults who have been raised in the United States are ineligible for DACA only because they have maintained a documented status, he said. It does not make sense to require an individual to have had an unlawful status on June 15, 2012 to qualify, especially since the original DACA memorandum does not include that requirement, Patel said.
“The administration’s claim that the original DACA memorandum was implicit in its intention to exclude us is not only wrong, but also dumbfounding. There is no reasonable logical or legal reason to exclude documented dreamers while the DACA programme remains in place, only because they have maintained a lawful status. We hope that the administration will do the right thing,” he said.
The letter written by lawmakers encourages two additional changes to DACA eligibility: removing the threshold criteria that require requestors to have continuously resided in the US from June 15, 2007 to the time of filing the request and adjusting the dates in the threshold criteria to provide relief for individuals who arrived in the US after 2007.
In June, lawmakers Ross, Mariannette Miller-Meeks, Raja Krishnamoorthi and Young Kim introduced America’s CHILDREN Act, a bipartisan legislation to protect documented dreamers from aging out of the system when they turn 21, forcing them to self-deport.
Senators Padilla and Rand Paul led the bipartisan bill in the Senate. Congresswoman Ross also led 22 of her House colleagues in urging Congressional leadership to include a permanent path to residency for documented dreamers in the Build Back Better Act. (PTI)