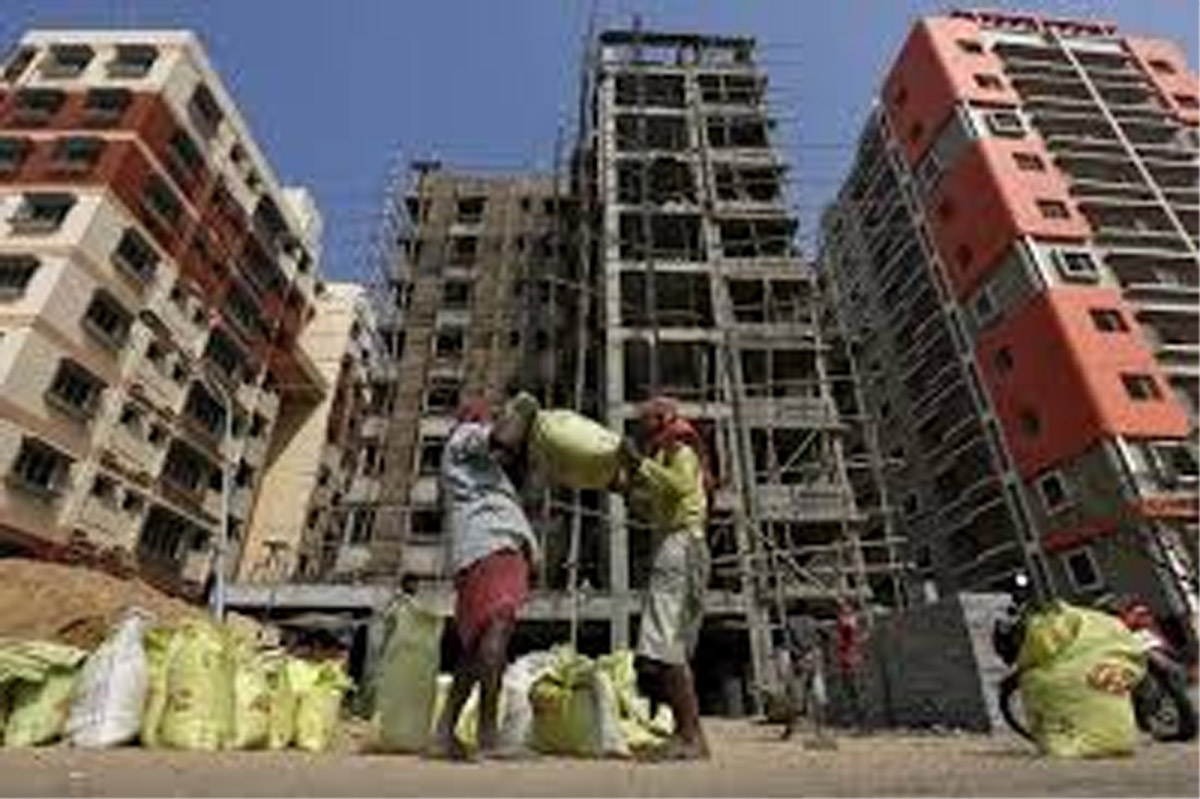 NEW DELHI, Nov 13:Real estate developers having projects in Bengaluru will take the lowest time of 15 months to clear their unsold housing units, while builders in the Delhi-National Capital Region (Delhi-NCR) may take 44 months to sell surplus inventories, according to property consultant Anarock.
Overall unsold inventory across the top 7 cities — Delhi-NCR, Mumbai Metropolitan Region (MMR), Chennai, Kolkata, Bengaluru, Hyderabad and Pune — stood at 6.56 lakh units at the end of the September quarter.
“Unsold residential inventory overhang in top-7 cities is reduced to 30 months as on Q3 2019 against 37 months in the corresponding period of 2018. The IT capital Bengaluru has the lowest unsold inventory overhang at about 15 months, while NCR has the highest at 44 months as on Q3 2019,” Anarock said in a report.
Unsold inventory overhang indicates the number of months it shall take for the current unsold housing stock to get cleared in the current market scenario. At any given point, an inventory overhang of 18-24 months is considered quite healthy.
“Builders now are following a laser-focused approach towards clearing their previous unsold stock. Simultaneously, unlike earlier, builders have now also limited their new supply into the market,” said Anarock Chairman Anuj Puri.
Hyderabad’s unsold inventory will take 16 months to clear in the current market scenario, while Pune builders will take 27 months.
Unsold inventory overhang in Chennai is 31 months, MMR 34 months and Kolkata 38 months.
“NCR, one of the worst-affected residential markets in the country, currently has unsold stock which will take at least 44 months to clear. Back in Q3 2018, it was 58 months, while in the corresponding period of 2017, it was 59 months,” Anarock said.
According to the data, the top-7 cities collectively had total unsold stock of nearly 6.56 lakh units at the end of third quarter of 2019, a fall of 5 per cent on a yearly basis and nearly 12 per cent in two years.
The overall unsold stock in top cities was about 7.44 lakh units at the end of the third quarter of 2017, which reduced to 6.87 lakh units during the corresponding quarter of the next year.
Unsold housing stock is maximum in MMR at 2.21 lakh units, followed by NCR at 1.78 lakh units and Pune at 92,560 units.
Bengaluru’s unsold stock stood at 63,540 units, while Kolkata has 45,570 unsold units and Chennai 31,380 units.
“Hyderabad has the least unsold inventory among top cities at approx. 23,890 units as on Q3 2019,” Anarock said. (PTI)