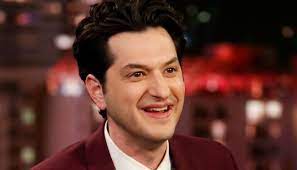 In the book, Renfield was a patient in an asylum with an obsession for drinking blood, deluded into thinking he would find immortality.

He bows at the feet of the vampire king, who feeds him insects and rats and dangles everlasting life in front of him.

The movie will feature actor Nicholas Hoult as Renfield and Nicolas Cage as Dracula.

According to The Hollywood Reporter, Schwartz will essay the role of a mobster.

The movie will also feature “Shang-Chi and The Legend of The Ten Rings” star Awkwafina in an undisclosed role.

“The Tomorrow War” director Chris McKay is directing the feature film which is based on an original story outline from Robert Kirkman, the creator of “The Walking Dead”.

Ryan Ridley has penned the script.

The film, set up at Universal Pictures, will be produced by Skybound Entertainment’s Kirkman, David Alpert, Bryan Furst and Sean Furst.

The actor will also star in filmmaker duo Phil Lord and Chris Miller’s Apple TV Plus miniseries “The Afterparty” as well as the second season of Netflix show “Space Force”. (PTI)