NEW DELHI: Rapper and singer Aditya Prateek Singh Sisodia aka ‘Badshah’ who has now don a hat of a judge for Star Plus’ show ‘Dil Hai Hindustani 2’, says it’s a beautiful time for rap genre in the industry.
Talking, Badshah told about the interpretation of the rap in context of the country and said he thinks it is catching up.
”I think rap is catching up. People are more cool now, they know what rap is as a genre. I think it’s a beautiful time for this genre in the industry. We as rappers, I think it will be a great for us in the future,” Badshah said.
When asked Badshah, the reason to say yes to this show, he said,”I love this channel. I love the format, and I love the judges. And there was no reason to say no to this show.”
Telling how he feels sharing the judge’s panel with Sunidhi Chauhan and Pritam, the ‘DJ Waley Babu’ fame singer said,” there is a lot to learn from them. Whenever I am with them I learn something new.”
”Pritam Da and Sunidhi Mam are amazing. While Pritam Da is a bank full of knowledge and Sunidhi Ma’am is like a computer. Like, I find a contestant’s song extremely good and feel that nobody can sing it better, Sunidhi ma’am can find a hundred flaws in it. And then she sings it and nails it,” he said.
When asked how different this season is from the previous one, the ‘Kala Chashma’ fame singer said it’s not very different, it’s just that the panel of the judges have changed.
”The judges in this season are more strict. They are not lenient. The format of the competition has changed a bit, which will surprise the audience once they see it,” he said.
‘Badshah’ means king. When asked if he is in a hurry to become the king of the music industry, the ‘Tareefan’ fame singer chuckled and said,”I am the king. Am I not.”
”I just want to live up to the name and the expectations that people have. More than that I want to be sane enough to be honest with my work. That is the mindset I want to be in always,” he said.
On asking if the Indian music labels need to do more to curb piracy, Badshah said,”They need to definitely. Because a lot of artists and 90’s indie industry died because of the piracy. Piracy is something that needs to be checked.” ”In India, there is a lot of piracy. If I tell you the number of illegal downloads of ‘DJ Waley Babu’, you will be shocked. If the same number of downloads I would have on iTunes, I would stop making music. I would not have to even think about money, if that one song were downloaded legally. Even now, I don’t make music for the sake of money. I make it because I am a musician. I am just saying it to put the amount of piracy there is to perspective,” Badshah said. Talking about the objectification of women in the rap songs, Badshah said, ”objectification of women is very harsh.We writers are are like mirror. We write what we see. We don’t create stories on our own, because had we been creating stories on our own, it would have been a different world.” ”We just do the representations of the society. Probably that’s why society resonates with us, they relate with us. It’s subjective,” the ‘The Breakup Song’ fame singer said.
The rapper is also gearing up to produce Bollywood and Punjabi movies and also launching a web series soon through his production house. When asked about it, he said,”I have still not decided what I want to do, but I want to do something. I have put it out in a public domain that I want to do it, I just hope universe just gets back to me for the plan, That’s what I am waiting for.”
Badshah is as an artist, a brand and a musicpreneur. When asked does having too many business ventures impacts the core of his passion — music making, he said,”I have got teams to work in these areas. Basically I am a musician so I make sure my music is strong.”
”That is why my music is working.If my music will not work nothing related to that will work,” he said.
When asked what trends should audience look forward to in 2018, Badshah said no competitions, no limits. ”I have given the biggest song of the year. I think I am doing pretty well,” he said.
Badshah who is almost in every other big Bollywood film said,”I am flattered that I am the voice of every Bollywood movies these days, but I don’t want to. I want to do selective work.”
The singer said his success mantra is to work hard and be patient.
The second season of singing reality show ‘Dil Hai Hindustani’ will premiere on July 7.
The show will broadcast on Star Plus and streamed on Hotstar.
It will be hosted by Mukti Mohan, Raghav Juyal. Sunidhi Chauhan, Badshah and Pritam will be the judges. The show is produced by Ranjeet Thakur and Hemant Ruprell under Frames Production. (AGENCIES) 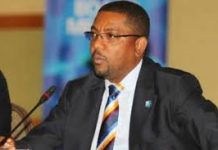 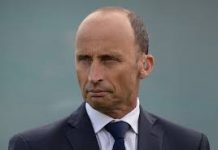 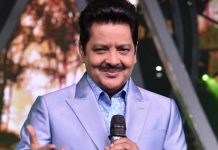 Would have changed my game to be a T20 player: Ganguly backs format 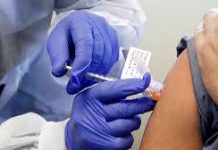 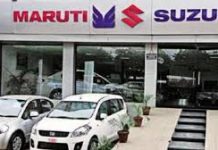 Feeling yet to sink in but my life hasn’t changed at all: Cummins on IPL big bucks 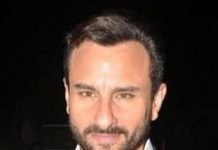 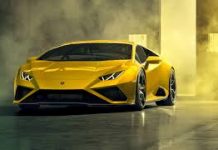