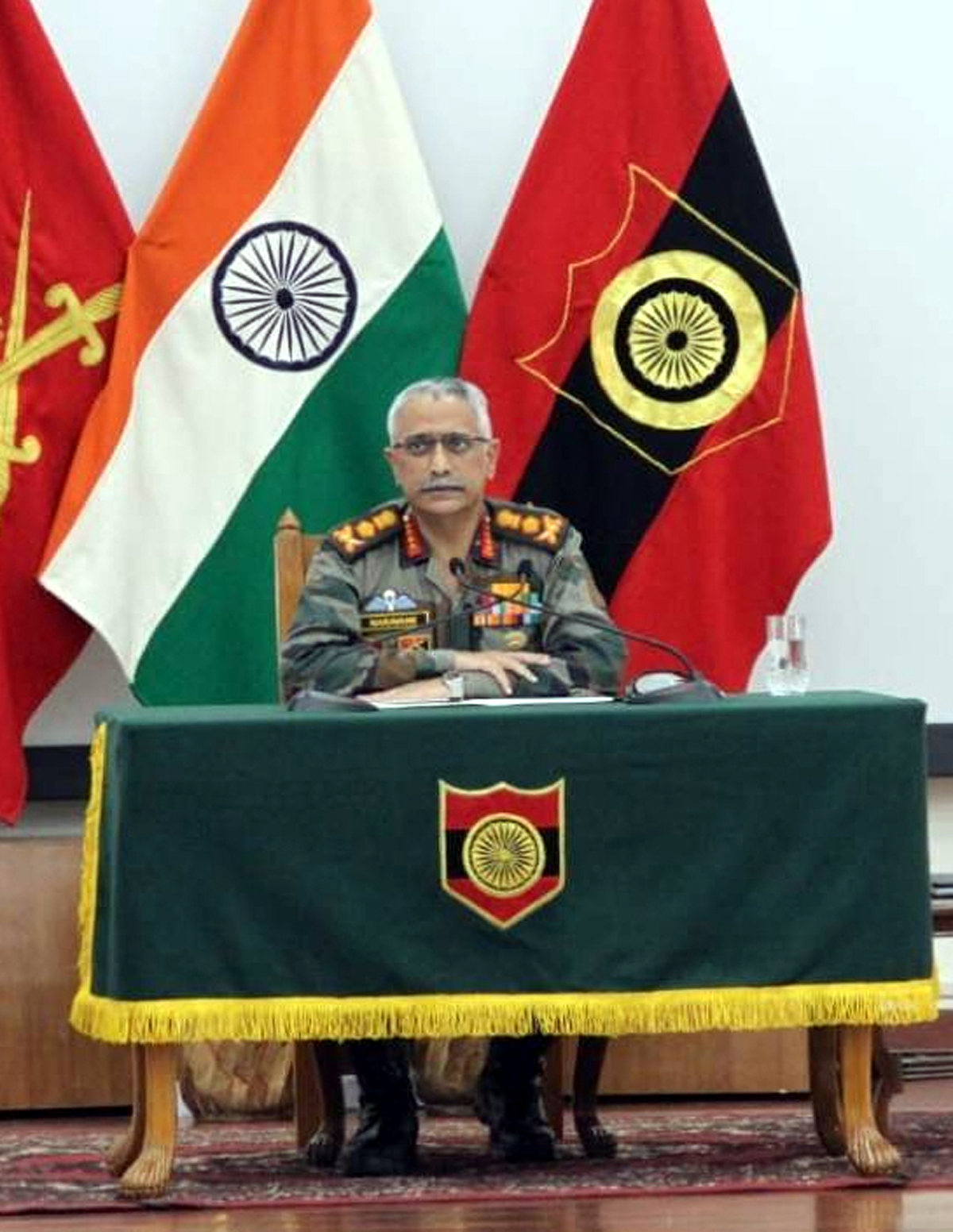 A day after HM’s meet, Naravane reviews situation
*DG ITBP visits LAC in Eastern Ladakh
Excelsior Correspondent
JAMMU, Sept 10: A day after Union Home Minister Amit Shah chaired a high-level security review meeting on Jammu and Kashmir in the wake of Afghanistan’s fall to Kabul, Army chief Gen Manoj Mukund Naravane today visited Western Command Headquarters at Chandi Mandir and called upon the troops to be prepared for future operational challenges.
Jammu, Samba and Kathua districts which share nearly 200 kilometers long International Border with Pakistan fall under the operation control of Western Command.
The Army chief was also present in the meeting chaired by the Home Minister on Jammu and Kashmir. And his visit to the Western Command Headquarters came a day after Shah’s meeting.
Western Command chief Lieutenant General RP Singh briefed the Chief of Army Staff on various security aspects of the situation under areas of his operational control including three districts of Jammu region besides Punjab and Himachal Pradesh.
An official statement issued by the Army said Gen MM Naravane called upon the troops to continue working with zeal and be prepared for any future operational challenges.
Interacting with the troops, the Army chief commended them for their professionalism and undaunted spirit in maintaining high state of combat readiness notwithstanding restrictions imposed by COVID-19.
In his address to Army officers of the Western Command, he called upon them to serve with pride and uphold military ethos and rich culture of the Indian Army.
Highlighting various modernization measures being undertaken by the Indian Army, Gen Naravane emphasized that soldiers must also keep themselves abreast with latest trends in Information Technology, emerging cyber threats and counter measures.
“The Army chief was updated on various operational and training related issues by Lieutenant General RP Singh, Army Commander Western Command.
All security agencies have categorically maintained that rise of Taliban in Afghanistan is not a major challenge. However, according to sources, security forces are fully prepared to meet with any kind of threats posed either by Taliban or nexus of China-Pakistan-Taliban.
It may be mentioned here that Union Home Minister Amit Shah had yesterday held first security review meeting on Jammu and Kashmir post Kabul fall to Taliban in which Lieutenant Governor Manoj Sinha and top heads of Army, RAW, Intelligence Bureau, Border Security Force, Central Reserve Police Force, Jammu and Kashmir Police and top civil officials of Ministry of Home Affairs and Jammu and Kashmir Government were present.
Meanwhile, Indo-Tibetan Border Police (ITBP) chief Sanjay Arora today returned to New Delhi after visiting various forward posts of the ITBP in Changthang and surrounding areas along the Line of Actual Control (LAC) in Eastern Ladakh.
This was his first visit to Eastern Ladakh after taking over as the new ITBP chief.
Sources said top officials of the ITBP briefed Arora on situation prevailing along LAC in Eastern Ladakh where Sino-Indian troops are engaged in standoff for past more than a year now in some of the areas though disengagements have taken place in few areas.
Arora visited forward posts manned by the ITBP and assessed requirements of the security personnel.
During his visit to Leh, the ITBP chief also called on Lieutenant Governor of Ladakh Radha Krishna Mathur and briefed him on the situation.