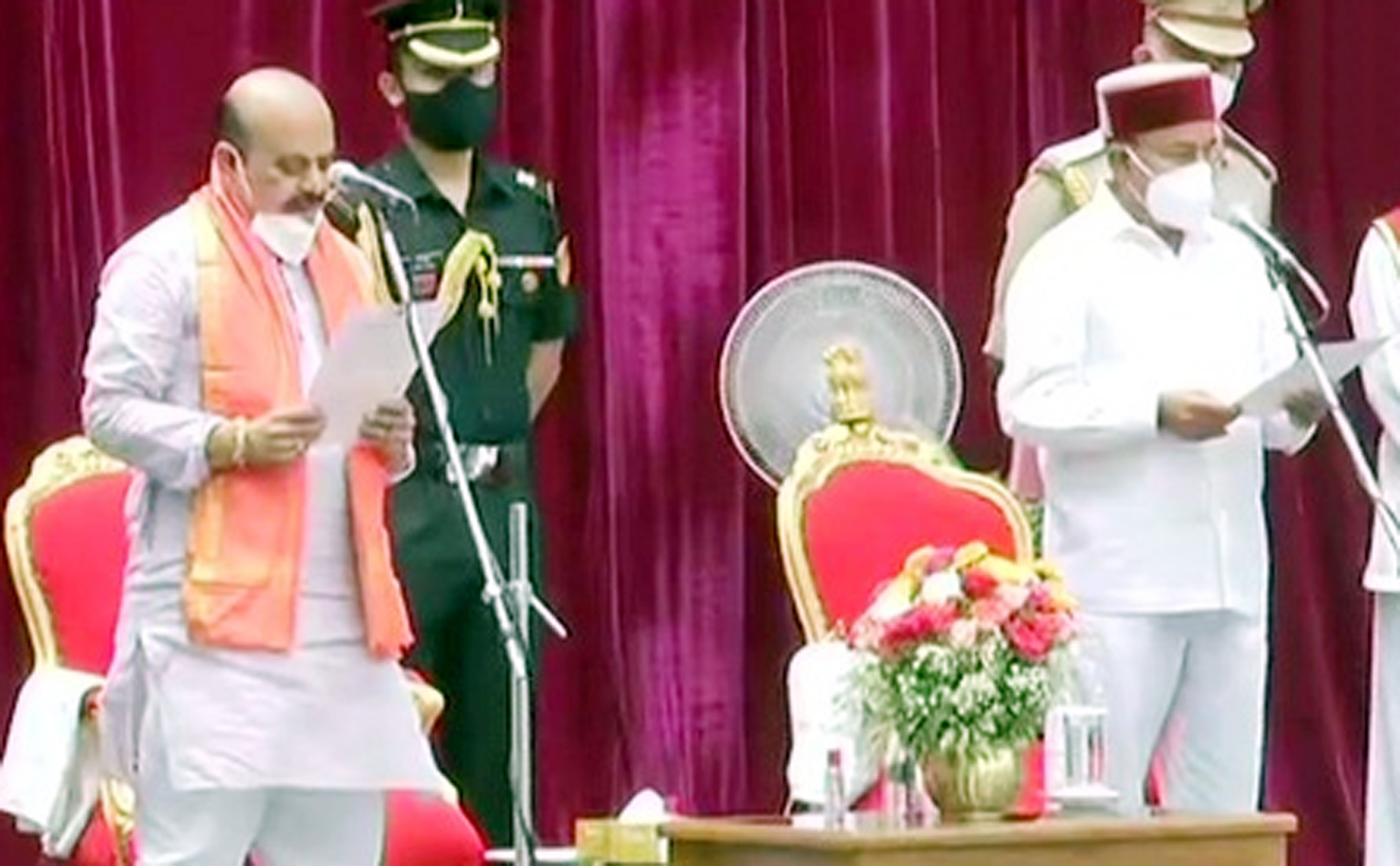 KARNATAKA, July 28: Bharatiya Janata Party (BJP) leader Basavaraj Somappa Bommai took oath as the 23rd Chief Minister of Karnataka on Wednesday.
He was administered the oath of office by Governor Thawar Chand Gehlot at a swearing-in ceremony held at Raj Bhavan here today.
Son of former Chief Minister of Karnataka SR Bommai, a mechanical engineering graduate and former Janata Dal (United) leader Bommai was appointed Karnataka Chief Minister by the BJP high command on Tuesday, a day after caretaker Chief Minister BS Yediyurappa tendered his resignation.
Shortly after his election as Karnataka Chief Minister, Basavaraj Bommai on Tuesday said that he will strive to work for the welfare of the poor.
“It is a big responsibility in the given situation. I will strive to work for the welfare of the poor. It will be pro-people and pro-poor people governance. We will take all measures to fight COVID19 and floods in the state,” he said.
Born on January 28, 1960, Bommai belongs to the Sadara Lingayat community, same as his predecessor Yediyurappa. The Lingayats is the largest community of Karnataka comprising nearly 17 per cent of the population and can determine the outcome in 35 to 40 per cent Assembly seats. The community has long backed the ruling party.
Former Karnataka Home Minister Bommai is a senior BJP leader and has previously handled many portfolios including Irrigation, Law, Parliamentary Affairs and Legislature of Karnataka in the fourth Yediyurappa ministry.
He has also served as Haveri and Udupi District Incharge Minister. He previously served as Minister for Water Resources and Cooperation between 2008 and 2013.
Bommai is known to be a close aide and follower of Yediyurappa. Many in the BJP believe the announcement of Bommai as his successor is a win for Yediyurappa. Bommai is also known to have good contact with the party high command in Delhi as well as leaders of different communities in the party.
The three-time member of the Karnataka Legislative Assembly from Shiggaon since 2008 was a member of the Karnataka Legislative Council between 1998 and 2008. (Agencies)