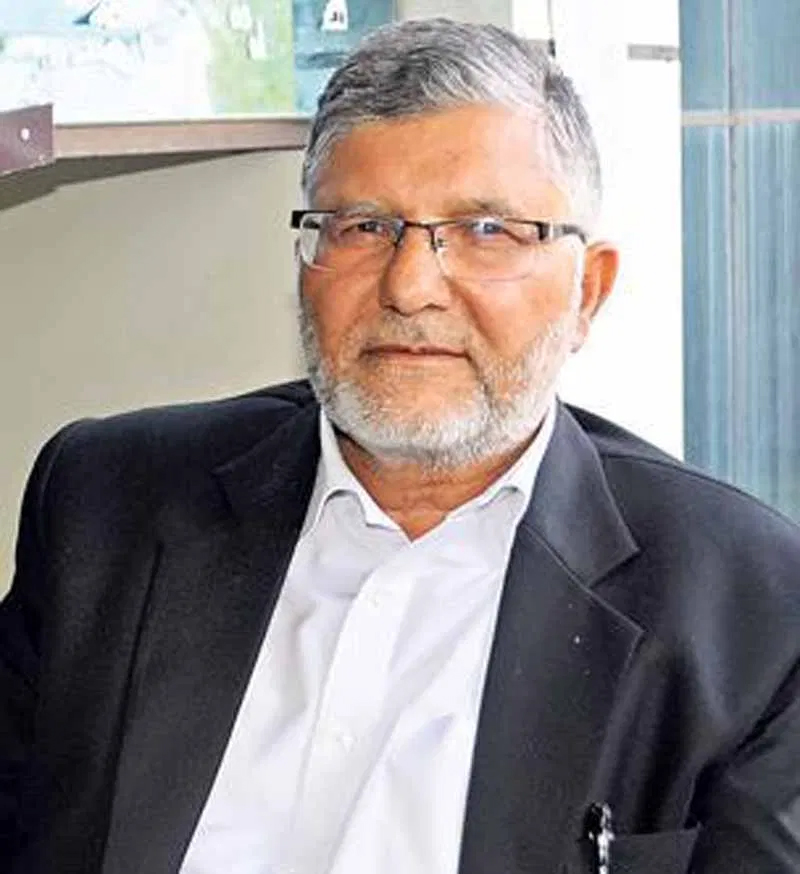 Srinagar, Jan 29: Kashmir Bar Association President, Mian Abdul Qayoom, suffered heart attack in Agra jail in Uttar Pradesh today.
Mian Qayoom was admitted to S N Medical College hospital in Agra but his condition is stable.
Sources said that his family received a call from jail authorities about his ailments. The family was asked to meet the ailing Qayoom.
Three of his relatives including daughter are leaving for Agra tomorrow to meet Qayoom.
Mian Qayoom has been battling multiple ailments inside Agra jail.
He was arrested from his residence in Srinagar during the intervening night of August 4 and 5, last year ahead of abrogation of Articles 370 and 35A of Indian Constitution.
Qayoom is suffering from diabetes, hypertension and prostate malfunction.
A statement issued by Bar said that “as per information received from the family members, Mian Abdul Qayoom, President of the Bar Association Srinagar, has suffered a heart attack, at Central Jail Agra and has been shifted to a local hospital for treatment.”
The statement said that Bar in this regard has called an emergency meeting tomorrow morning at the High Court premises to discuss the issue.