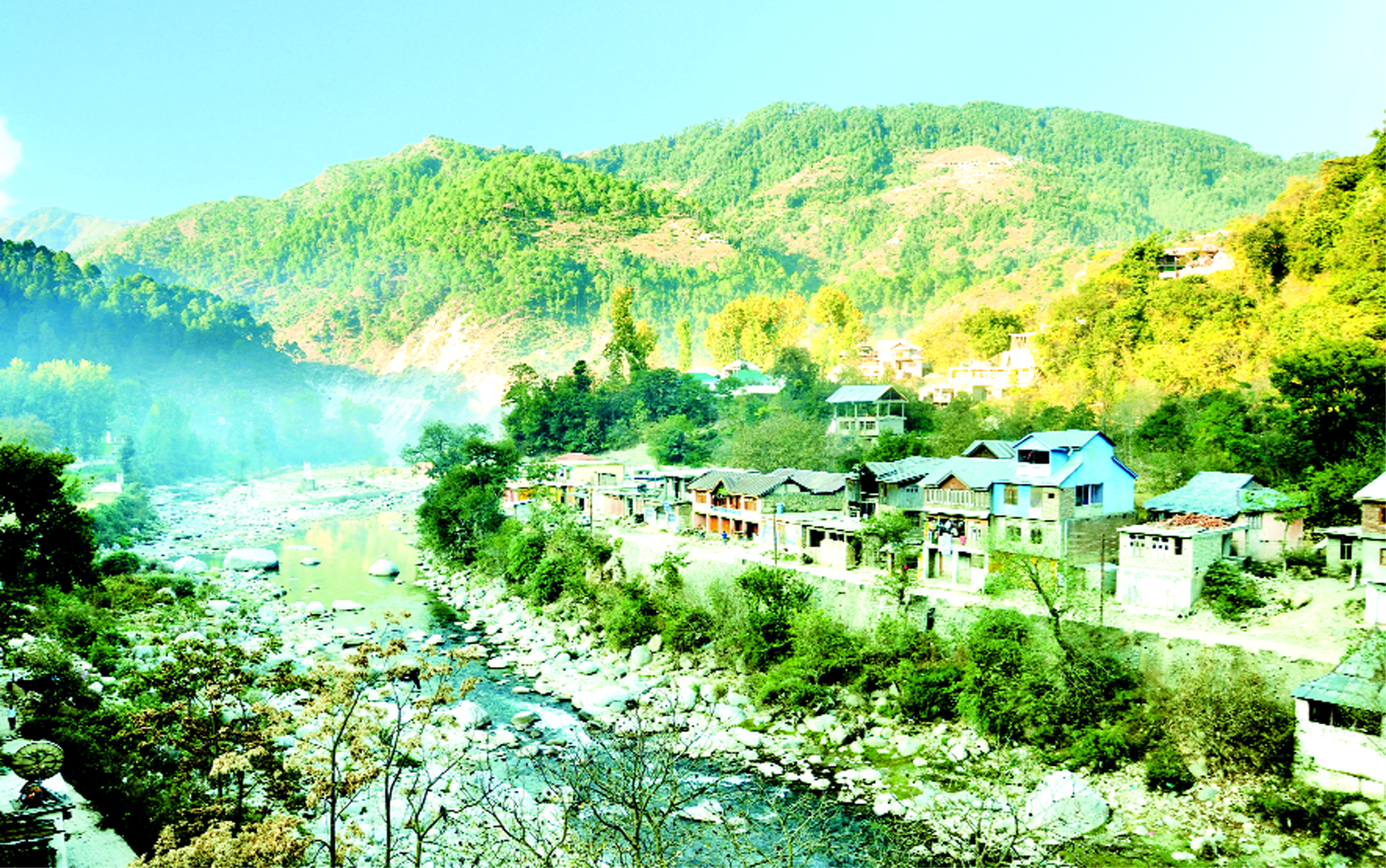 Dr. Bharat Bhushan
During Summers, the beautiful Bani and Sarthal valleys of District Kathua in JandK has been for the past few years experiencing happy flow of tourists,adventure lovers and others who like to beat the heat and enjoy the natural environs of Bani-Sarthal area. Situated at a distance of 165kms from Lakhanpur, Bani  is a four and a half  hours journey via Mahanpur, Basohli and Sheetal Nagar.The glaciated valley  of Bani can be accessed from Himachal Pradesh also via Banikhet-Kheri Dam, (Hut Maska). It is one and a half hour journey from Dalhousie, Himachal Pradesh. Sarthal, which  is 24 kms away from Bani  has beautiful meadows and experiences heavy rush of tourists from Kathua, Bhaderwah, Pathankot and other areas of JandK and Himachal as well.
Once at Bani, the tourists are moved by the beauty of the spot. The lush green meadows of Dhagger, Roulka, Doulka, Sarthal, Chattergala, Banjal and Duggan, not far-off from Bani, are captivating and invigorating also. The voracious visitors visit these places and find themselves in the midst of Mother Nature, in pollution free surroundings. while visitors go to Dhagger from Bani in the morning and come back to Bani in late evening hours as there is no accommodation available at present but some people of the area has now started providing shelter to intending tourists for short stay at very reasonable rates in their homes, there by promoting the concept of  Home Stays as is prevalent in Uttrakhand and Himachal. There at the same time, Sarthal  which resembles Gulmarg as one Tourist Reception Centre with two rooms, one dormitory and scores of tented accommodations.
SDM Bani Mr. Ajit Singh told that both  Bani and Sarthal areas are experiencing heavy flow of tourists and occupancy at Sarthal is full upto October. Encouraged by the good response of the visitors, some private hotels ( Hill Type) have also started coming up in the area. The need of the hour is that while we must promote to tourism but also ensure that Sarthal and Bani dsn’t term into concrete Jungle.
The people are simple, hospitable, Bani has history of communal harmony which is its strength. People of varying faiths live here peacefully.
The murmuring streams and gushing ice-cold waters of Kharkal Nallah, Sarthal, Lowang Nallah at Lowang-Kharwah and river Sewa in Bani add to the beauty and Charm of the area. The soothing sounds which emanate from seven falls at Kharkal near  Lowang (enroute Sarthal) and the panoramic view of the valley below catches fancy of the visitors who  love to stop for a while, appreciate beauty of Kharwah, Lowang, Nakhnoli Mata Shrine, Sarthal and Chattergala. Chattergala is the link point between Sarthal and Bhaderwah.The famous Kailash Kund Yatra from Bani and Duggan passes from Chatter-gala.
Bani  has rich culture and heritage.The people celebrate festivals collectively. Every year a three day extravanza is organized in Bani from 25th June  to 27th June . Called as Bani Mela, it attracts large number of visitors. Wrestling Competition  (Shinj) is the main attraction of 3-day Bani festival in which wrestlers from Punjab, Haryana, JandK and Delhi participate with enthusiasm.
Mr. Jeevan Lal MLA Bani told that all arrangements for annual three Day Bani Shinj Mela used to be made by Late. Billa Shah of Bani with the support of locals and Sub Divisional Adminstration of Bani but after the death of Billa Shah, the Shinj Mela Celebration Committee headed by Surinder Anand and comprising of prominent persons of the area has been organizing the Annual Extravanza which is fast emerging as a boost for tourism promotion.
One  may be young, the other may be old -all make beeline to Bani Mela Ground to see Shinj Mela and enjoy the joy rides there. The Children love to shop and eat at make- shift shops in the Mela. Around fifty  thousand people visit Bani Sarthal area during this three Day Shinj Mela. Several other festivals and fairs are also celebrated in Bani- Sarthal area-“The land of folk lore and festivals.”
Getting There- Regular Buses ply from Jammu and Kathua to Bani and Back. Early morning journeys are preferred.One can hire taxi also.
Where to Eat –  Enroute Lakhanpur-Sarthal Development Authority has Way-side  Amenity  at Thein village. It has a Tourist Reception Centre  “Holiday Home” at Satwain, equipped with  ten Air conditioned rooms.The tourists can stay here for  night and enjoy  the view of majestic Ranjit Sagar Lake.
There are also private eat- points enroute from Lakhanpur to Bani. People make it a point to stop at Mahnu Village and relish Burfi and Khoya.
Where to Stay- PWD Rest House Bani, Forest Rest House Bani, National Hydro-electric Power Corporation Rest House at Sarthali  near Bani are available.Private Hotels are also available. A Yatrika Niwas of Lakhanpur Sarthal Development Authority in Shakti Mata Shrine, Bani has two halls where tourists/pilgrims can stay.
Shrines in and around Bani- Shakti Mata Shrine  in Bani, Jodian Wali Mata near Banjal,Dolay  Wali    Mata near Dhagger , Dhajji Mata Shrine on Bani-Sarthal road near Chandel are  held in  high esteem and pilgrims  throng these shrines throughout the year. However massive rush is seen during Navratras in these Shrines.
Other Places of touristic interest – Khajjar, Duggan, Challa, Siarra, Gatti and Bhandar are other places near Bani which are worth experiencing.
(The author is Director Social Welfare Jammu)