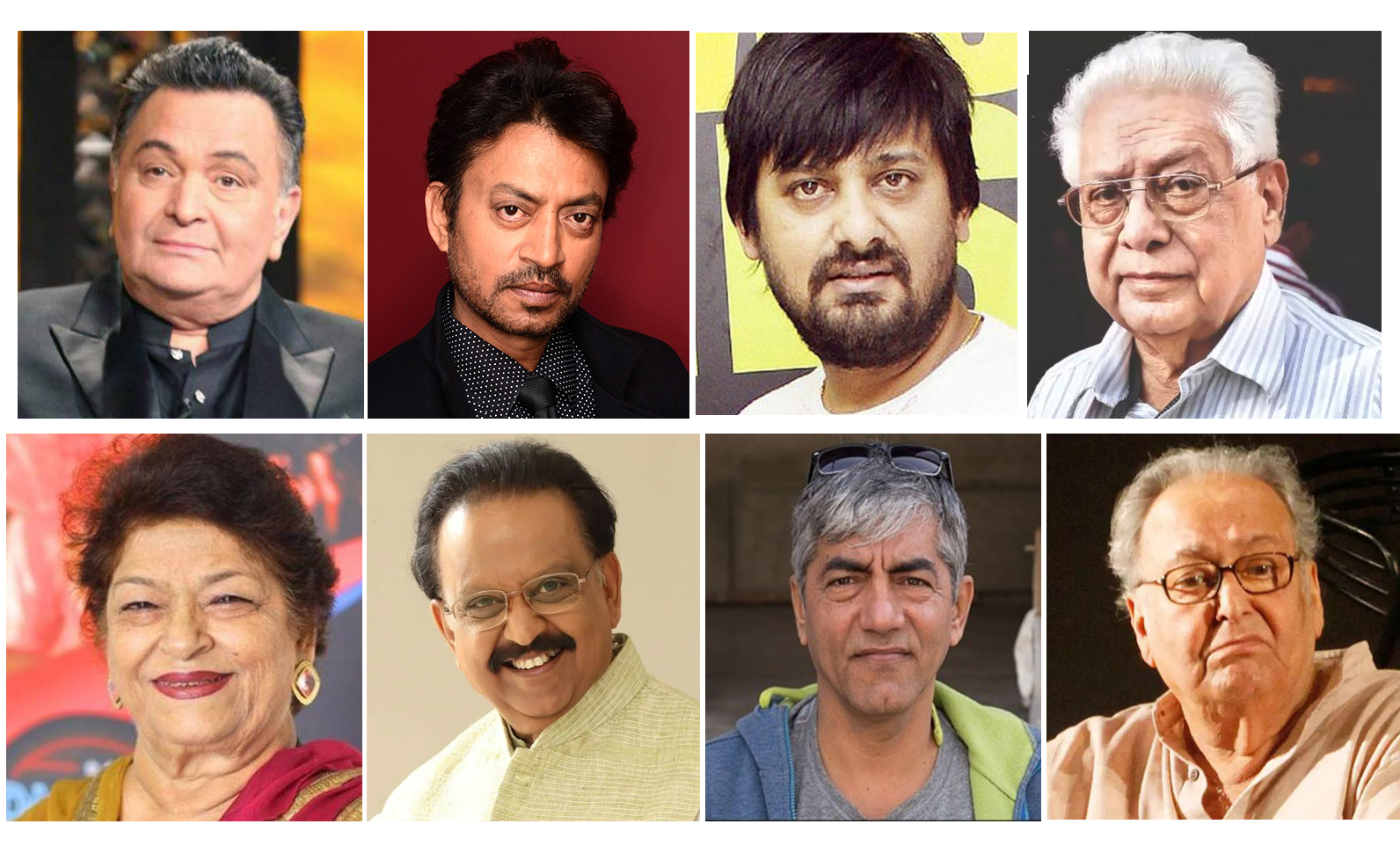 Bollywood in 2020 wilted under the raging pandemic like any other industry. While movie theaters remained out of bound, what shocked the cine-goers is the yearlong news of deaths – from coronavirus to unnatural ones like the demise of Sushant Singh Rajput opening a Pandora’s box of movie world open secrets. Supriyo Hazra looks back alphabetically with a heavy heart. Aamir Khan: No, this year we did not see any Aamir Khan movie releasing onscreen but fans are keeping themselves busy waiting for his next project Laal Singh Chaddha. The film is expected to hit the theater next year. An adaptation of the 1994 American film Forrest Gump, Laal Singh Chaddha stars Aamir Khan in the title role with the sensational Kareena Kapoor paired opposite him.
Amitabh Bachchan: Amitabh Bachchan gave his fans a scare when he contracted COVID-19 and spent several days in hospital. However, Big B defeated the virus and finally returned home, giving relief to his well wishers and showing the world that he still remains the ‘Shahenshah’ of India at the age of 78. His son Abhishek Bachchan, daughter-in-law Aishwarya Rai Bachchan and grand daughter Aaradhya also fought the disease and won. Big B’s Gulabo Sitabo, opposite Ayushmann Khurrana, also became the first B-town movie to release on OTT platform since the cinema halls were shut down. Amitabh Bachchan earned praise with his comic timing in this Lucknow-based movie.
Akshay Kumar: He is a box office rockstar and Akshay Kumar’s horror comedy genre movie Laxmii, which hit the OTT platform due to COVID-19, made the biggest ever opening on the new platform of movie release. Meanwhile, he has unveiled the new poster of his upcoming movie Ram Setu, promising to deliver another entertainer in the year to come. He also won hearts with his Rs 25-crore donation to the PM Cares Fund.
Ayushmann Khurrana: Ayushmann has created his own set of fans over the years who love him and deliver one strong character after the other onscreen. In 2020, Ayushmann made yet another bold statement with the gay-themed Shubh Mangal Zyada Saavdhan. In Gulabo Sitabo, the movie which was released on OTT platform, he once again touched the right chord of the audience sharing screen space with Big B.
Anushka Sharma: Anushka Sharma will surely remember 2020 with a smile on her face as she announced her pregnancy. Yes, Anushka and her husband Virat Kohli are expecting to be parents soon and even the Indian skipper has been given a leave during the Test series against Australia so that he can be on Anushka’s side during the special moment in their life. In the world of OTT, Anushka Sharma produced two successful ventures-Paatal Lok (web series) and Bulbbul (movie). Sonu Sood: Despite his good looks and robust body, Sonu Sood in “A-listed” Bollywood movies was mostly a villain or a second fiddle to the heros. But the pandemic brought the best out of him and he emerged as the true hero of the film world and India. So go to his Wikipedia bio and you now find him introduced as “an Indian film actor, producer, and humanitarian who …… Well Sood would now on be known as the humanitarian who pooled all his resources to send back home hapless people- read migrant workers- stuck in the big cities like Mumbai- amid the raging Covid-19 lockdown. In September 2020, Sood was chosen for the prestigious? SDG Special Humanitarian Action Award’ by the United Nations Development Programme (UNDP) for his humanitarian works during the COVID-19 pandemic.

Kiara Advani: Kiara remained one of the busiest actresses of the Bollywood industry in 2020. The gorgeous lady made her first major appearance this year with her Netflix released movie Guilty. The film follows the story of a songwriter whose boyfriend is accused of rape during the era of #MeToo movement. She also appeared in another OTT platform released movie-Laxmii. The film featured Akshay Kumar in the lead role. Kiara and her Indoo Ki Jawani will hit the theatre this month, marking one major Bollywood release post COVID-19 lockdown era.
Karisma Kapoor: Karisma may have dominated the big screen in 90s but after remaining silent for many years, the blue-eyed beauty made her web series debut with ZEE5 and ALT Balaji original show Mentalhood. Her much-awaited digital debut has been appreciated by netizens. In the web series, she was seen playing the character of a mother to three kids and a blogger too.
Bobby Deol: After remaining away from films for several years, Bobby is back with a bang in the web series Aashram. He played the character of a fake godman Kashipur Waale Baba Nirala aka Monty.
Naseeruddin Shah: Like many of his B-town colleagues, Shah made his digital debut with the Amazon Prime Video original show Bandish Bandits. He played the character of Pandit Radhemohan Rathod in the series.
Sushmita Sen: The Miss Universe teased her fans earlier this year about her digital debut and she finally made it later on with the web series Aarya. In the crime drama, Sushmita could be seen playing the titular role who is caught in a web of lies and deceit within her family. Aarya remained one of the much loved web series of the year. Sushant Singh Rajput:
Celebrity death which shook Bollywood
Sushant Singh Rajput left his fans shocked one Sunday afternoon when he supposedly committed suicide in his Mumbai residence, triggering a tsunami of events that almost felled big Bollywood names and dragged several top stars and personalities into controversies ranging from nepotism, bullying of those from non-film backgrounds and drugs. An engineering dropout, Sushant came to Bollywood from a middle-class background but went on to deliver many memorable movies, including the biopic on former Indian skipper MS Dhoni. The entire country was left shocked when on June 14 the actor was found dead in his Bandra flat. He had allegedly committed suicide by hanging himself to death. A CBI investigation into the incident is still on. The death left a deep impact in Indian society as a section of people saw the instance as a wake-up call to introspect on the functioning of the entertainment industry in Mumbai.
The death triggered debates on issues like favouritism, insider versus outsider, and nepotism like never before. With Bollywood actors making strong remarks and observations on the death at that point of time, it was actress Kangana Ranaut who created a massive controversy by saying that Sushant’s death was “a planned murder”.
She even questioned the role of “Bollywood mafia” in his alleged suicide. The actress alleged that the film industry sidelined Sushant despite putting up strong show in several films like Kai Po Che, MS Dhoni: The Untold Story, Kedarnath, and Chhichhore. A major divide was witnessed within the industry when several prominent actors like Abhay Deol, Abhishek Kapoor, Raveena Tandon, Shekhar Kapur, Abhinav Kashyap, Ranveer Shorey spoke out on the imbalance of power, nepotistic and bullying culture and privilege club in Bollywood.
They mentioned how these practices make it difficult for the real talents with no film connections to sustain and thrive in the Bollywood industry. Soon the case took a turn when Sushant’s family alleged that the actor was murdered and lodged FIR against the actor’s girlfriend and actor Rhea Chakraborty. The Narcotics Control Bureau (NCB) is even investigating into the drug angle connected to the death of the actor. His last film Dil Bechara was released online after his death. Rishi Kapoor: One of Bollywood’s most loved actors, Rishi Kapoor, who kept entertaining his fans with his evergreen performance onscreen, died on Apr 30. He was 67.
Irrfan Khan: A day before Rishi Kapoor died, Bollywood’s international star Irrfan Khan passed away at a hospital in Mumbai on Apr 29. Irrfan will always be remembered for his exceptionally strong acting skills.
Wajid Khan: Wajid Khan, of composer duo Sajid-Wajid fame, died on June 1 at the age of 42, leaving behind a bouquet of memorable songs that will keep buzzing in the hearts of movie lovers for years to come. He was corona positive.
Basu Chatterjee: Filmmaker Basu Chatterjee died due to age-related ailments on June 4 at the age of 90. He is best remembered for directing movies like Chhoti Si Baat (1975), Chitchor (1976), Rajnigandha (1974), Piya Ka Ghar (1972), Khatta Meetha, Chakravyuha (1978 film), Baton Baton Mein (1979) among others.
Saroj Khan: Veteran Bollywood choreographer Saroj Khan, who was the woman behind Madhuri Dixit’s silver screen success as a dancer, died at the age of 71 on July 3.
SP Balasubrahmanyam: 74-year-old singer SP Balasubrahmanyam, who sang several evergreen Bollywood songs, died in Chennai on Sept 25.
Asif Basra: Shocking his fans, actor Asif Basra was found dead at a house in Dharamshala on Nov 12. He was reportedly found hanging when police reached the spot. The cause behind his death is still known and the police have started investigating into the case.
Soumitra Chatterjee: Legendary Bengali actor Soumitra Chatterjee left his fans grieved when he passed away aged 85 at a hospital in Kolkata on Nov 15. A Dadashaheb Phalke winner, he was late movie legend Satyajit Ray’s favourite actor. (TWF) 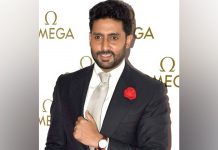 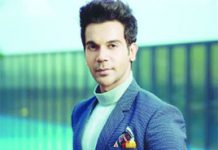 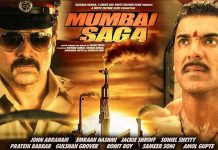 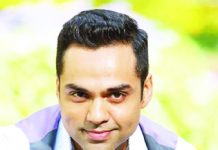 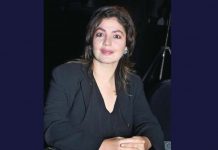 “Used to feel isolated in huge parts in ’90s” 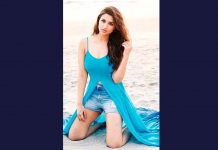 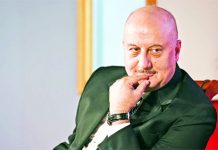 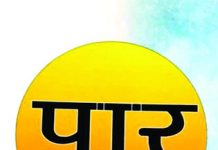 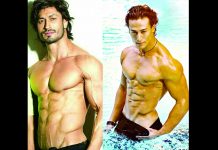 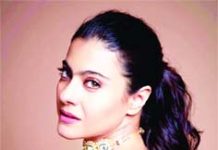