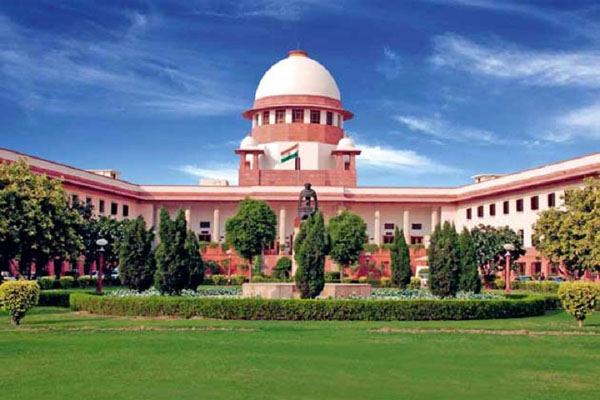 AYODHYA: The Supreme Court on Tuesday will commence day-to-day hearing in the vexed Ayodhya title suit.
Twenty five years back on 6th of December 1992, the disputed structure at Ayodhya was demolished by the Kar Sevaks.
The Vishwa Hindu Parishad (VHP) had already announced to start construction of the Ram Temple at the disputed site — where a makeshift temple had been constructed on December 6, 1992 after the demolition of the disputed structure — from October 2018.
In the meanwhile, central as well as the Uttar Pradesh Governments are finger crossed over the issue and waiting for the verdict from the apex court. In a historic judgement on 30th of December 2010, full bench of the Allahabad High Court had given two-thirds land to the Hindu side and one-third to the Muslims, though it was protested by both the factions and as a consequence both the parties approached the Supreme Court.
The hearing in the Allahabad High court continued for eight years from 2002 to 2010 before the court came to the conclusion.
However this year, the VHP had announced to observe the demolition day as “Shaurya Diwas” even as the Muslim organisations decided it as “Black Day” in the state.
Now, all the eyes are the SC judgement. The SC full bench headed by Chief Justice Dipak Mishra and also comprising Justice Ashok Bhushan and Justice Abdul Nazar would sit on day-to-day basis to expedite the case.
The lawyers of the petitioners are already camping in New Delhi. The petitioners for the Hindu side are Nirmohi Akhara, Hindu Maha Sabha, Ram Lalla Virajaman, one Ramesh Chandra Tripathi and Shankaracharya Swami Swaroopanand Saraswati, who represents Ramjanambhoomi Punaudhar Samiti.
The Muslim side has Sunni Central Waqf Board along with five other petitioners. But the sudden claim of the Shia Central Waqf Board led by its chairman Waseem Rizvi on the demolished Babri mosque has created much controversy in this tangle.
Shia Central Waqf Board has also submitted a proposal before the SC to sort out the issue with construction of the Ram Temple at Ayodhya and a new Maszid-e-Aman in Lucknow.
The case received a new twist when Prince Yakub Habibullah, the last heir of the Mughal dynasty too had staked claim in the matter before the Supreme Court and had demanded that the 2 acres of land on which the Babri Mosque existed should be handed over to him.
But some eminent intellectuals of the country have already given a petition in the apex court suggesting that the court should not take any decision that could benefit Hindu or Muslim sides as it could lead to major confrontation in the country. (AGENCIES)