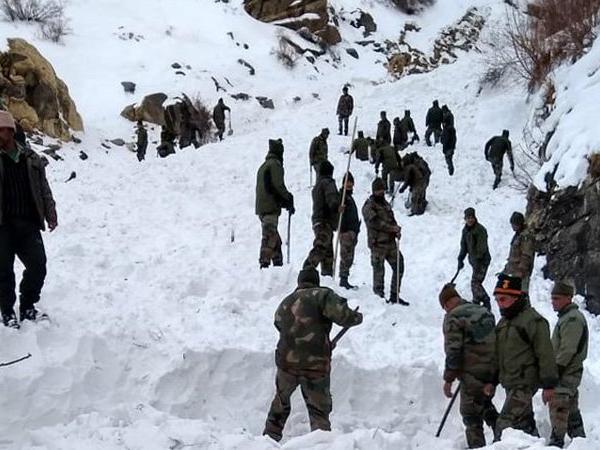 SHIMLA: Five Army jawans, who were trapped in an avalanche that struck near Shipki La on Sino-India border in Himachal Pradesh three days ago, were still untraceable, officials said on Saturday.

Six jawans of the Army’s 7 JAK Rifles — four from Himachal Pradesh, one each from Uttarakhand and Jammu and Kashmir — were buried under the avalanche that occurred near the Shipki La border outpost in Himachal Pradesh’s tribal Kinnaur district around 11 am on Wednesday.

The body of one of the jawans, Havaldar Rakesh Kumar, was recovered the same day while the five others were still missing.

She said two teams from Jammu and Kashmir and a sniffer dog have also been brought at the spot for search operation but the buried Army men have still not been found.
(AGENCIES)