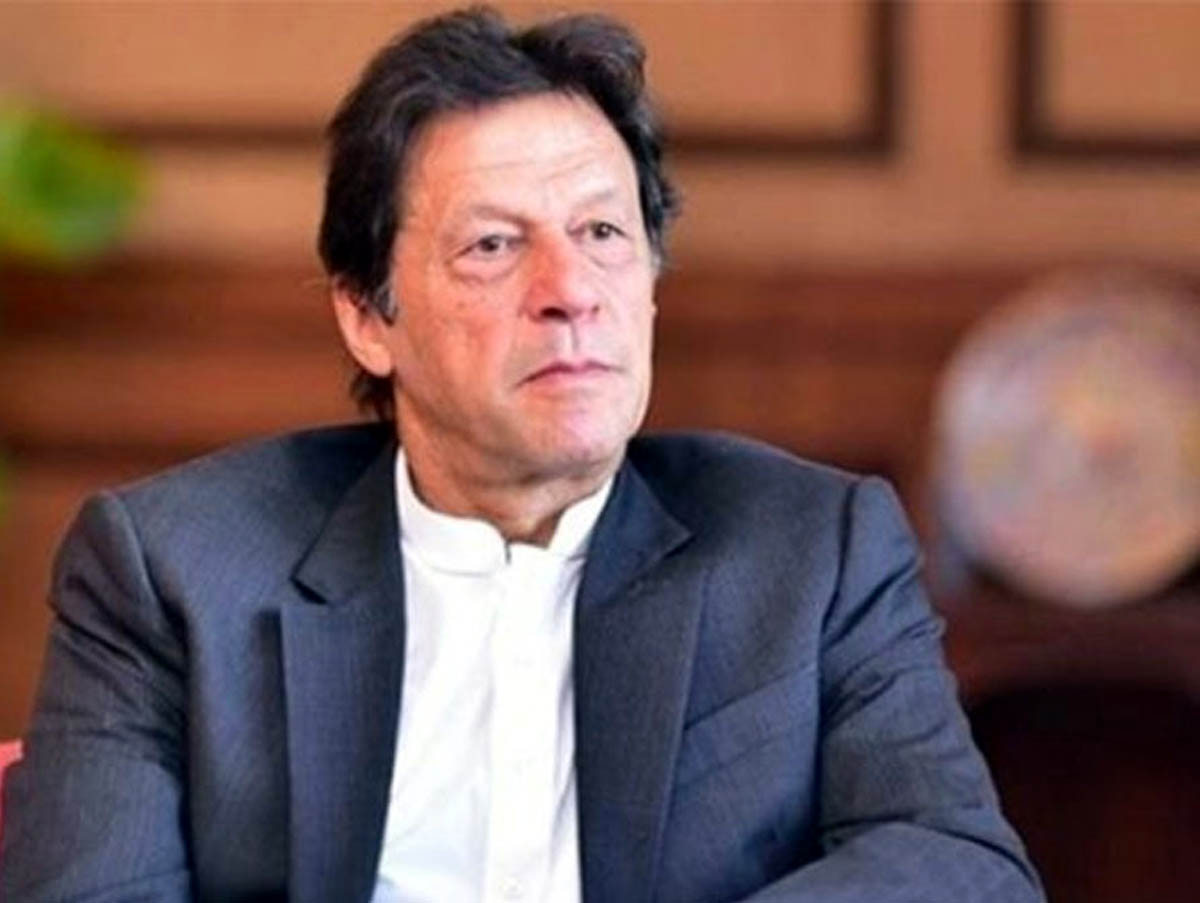 ISLAMABAD, Sep 28:  A leaked audio tape purportedly of Pakistan’s former Prime Minister Imran Khan has surfaced in which he is talking about how to exploit the controversial cypher to portray his ouster in April as a conspiracy.

The clip making rounds on social media features a conversation between Khan and his then principal secretary Azam Khan about a cypher sent by the Pakistan ambassador in Washington about his meeting with a US official.

Khan, also chairman of his Pakistan Tehreek-e-Insaf (PTI) party, was ousted from power in April after losing a no-confidence vote in his leadership, which he alleged was part of a US-led conspiracy targeting him because of his independent foreign policy decisions on Russia, China and Afghanistan.

US Assistant Secretary of State for Central and South Asia Donald Lu was the central figure in Khan’s claims about a US-backed regime-change conspiracy.

He accused Lu of threatening Pakistan’s former ambassador to the US, Asad Majeed, that a failure to remove Khan through a no-confidence vote would herald “consequences” for Pakistan and vice versa.

The second voice is apparently of Azam Khan who is heard as suggesting holding a meeting on the cypher.

“See, if you recall, in that the ambassador has written in the end to [send] a demarche. Even if the demarche is not to be sent, as I have thought a lot about it at night — you said they raised it — I thought about how to cover all this.

“But its (cypher’s) analysis will have to be conducted here. We will carry out the analysis and convert it into minutes as we want so that it becomes [part of] the official record,” says the former principal secretary.

He further explains that the analysis would conclude that “it is a threat. It is called a threat in diplomatic language”.

Azam Khan also says that the minutes of the suggested meeting would be prepared by him and he also later on in the conversation suggests that the entire issue would become part of the bureaucratic record instead of being a political issue.

Khan used the cypher to portray his downfall in April as a conspiracy by the US and widely use this narrative in public rallies. He also calls the current government “imported”.

The cricketer-turned-politician, who came to power in 2018, is the only Pakistani Prime Minister to be ousted in a no-confidence vote in Parliament.

The US has denied any role in his ouster.

However, the audio shows that he was trying to exploit a simple diplomatic communication for political mileage.

Pakistan Tehreek-i-Insaf party has not reacted to the leak formally but when Khan was asked by journalists about what he meant by playing with the cypher. He said: “I have not started playing yet.”

He also said that the cypher issue should be properly investigated.

Meanwhile, PTI leader Fawad Chaudhry addressed the latest leaks but did not confirm or deny its veracity, the Dawn newspaper reported.

Chaudhry said in a tweet that the only thing that the new leak confirmed was that “efforts were made to hide the US cypher from the [former] Prime Minister”.

The leak is the latest in the string of audio tapes of conversations recorded in the Prime Minister’s House. The earlier clips were about the leaders of the current Government.

Prime Minister Shehbaz Sharif on Tuesday announced that a panel would be formed to probe the matter while he also called a meeting of the high-profile National Security Committee (NSC) to discuss the security breach resulting in the secret conversation going public. (PTI)