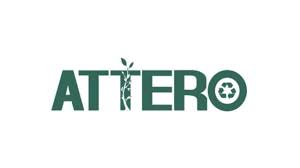 New Delhi, Dec 24: E-waste recycling firm Attero is planning to invest Rs 300 crore in a bid to increase its existing lithium-ion battery recycling capacity by 11 times to 11,000 tons by the end of 2022, a top company official said.
According to the market estimates, India generates more than 50,000 tons of lithium-ion battery waste every year and it is growing in the range of 40-80 per cent depending on different models used for computing electric vehicle growth in India, Attero Recycling CEO and co-founder Nitin Gupta told PTI.
“By the end of 2022, we will be around 22 per cent of the current market size. In terms of tons, it will be 11,000 tons. We are making fresh investments and will soon have a significant amount of investment to build up this capacity… We are planning to invest close to around Rs 300 crore,” he said.
In addition to lithium-ion recycling capacity, the company has earlier announced to ramp up its entire electronic waste recycling capacity by more than double to 3 lakh metric tons by the end of 2022, from 1.44 lakh metric tons.
Gupta said that by transitioning to electric vehicles, India will save forex spent on petrol import from the Middle East along with expenditure on importing lithium-ion batteries from China which is a bigger concern.
“In our opinion, by ensuring that the recycling infrastructure in the country can grow and meet India’s current local demand and make India self-sufficient in battery materials is what we are working towards.
“In that perspective, we are increasing our recycling capacity for lithium-ion batteries by 11 times by putting up an additional 10,000 tons per annum capacity from the current capacity of 1,000 tonnes per annum and will continue to grow this capacity,” Gupta said.
Lithium-ion batteries turn hazardous when they come towards the end of life and need to be treated in an environmentally friendly manner. Almost 30 per cent of the value of a lithium-ion battery cell is the value of metals which make it up, which include cobalt, lithium, nickel, and graphite.
“Almost 70 per cent of the world’s cobalt today is mined in the DR Congo region, which is known for child labour, terrorists regimes etc. At the current consumption rate, the world will run out of cobalt by 2030.
“Therefore, recycling lithium-ion batteries, and extracting cobalt and reusing cobalt in battery manufacturing is not only a good thing to do from an environmental perspective, but also supply security issues,” he said.
Gupta said that almost 60 per cent of the world’s lithium is mined in the Bolivia Argentina triangle, which is also considered the world’s driest region and the traditional lithium mining is a water guzzling process.
“To extract one ton of lithium using a traditional lithium mining process requires more than 500,000 gallons of water, which creates a whole amount of ecological issues and social issues around the region as well,” he said.
The company is looking at becoming a big player in not only recycling lithium-ion batteries but also becoming a significant player in the supply chain of critical materials, which include cobalt, Lithium, Graphite, and Nickel.
“We have a commercial plant running for the last two years, where we are recycling all kinds of lithium-ion batteries ranging from a cell phone all the way to an electric bus with weights ranging from 30 grams to 780 kilogram. We’re extracting pure battery grade cobalt and pure pharmaceutical grade lithium carbonate which is used as a depressant in drugs,” Gupta said. (PTI)