TEZPUR, Jan 22: Invoking the young Indian cricket team’s remarkable victory in Australia and the country’s fight against COVID-19, Prime Minister Narendra Modi said on Friday the spirit of ‘Atmanirbhar Bharat’ pervades all spheres and has become a part of everyday lives of people.
Modi said the fight against COVID-19 made the slogan of ‘Atmanirbhar Bharat’ not only a part of popular vocubulary but also encapsulated the nation’s dreams, hopes, its motivation and determination to deal with the crisis.
A change of approach and perspective to meet every challenge differently and with determination became visible, he said.
“This change was also visible on the cricket field when the Indian team lost disastrously but fought back with confidence and determination in the next match to beat a much more experienced Australian team.
“The players turned adversity into opportunity, creating history with their talent and temperament. Their performance is important not only in the history of sports but also gave us three life lessons. The first being trust and self-confidence, then the need for a positive mindset, and finally, the will to explore if there is a possibility of victory and go for it,” he said.
The prime minister was addressing the 18th convocation of Tezpur University.
“We should learn to take risks and overcome fear of failure,” Modi said.
Speaking about India’s fight against the pandemic, the prime minister said there was a lot of scepticism about how such a large country will tackle it.
“Our COVID-19 management showed where there is resolve and resilience, resources come naturally. And today the world’s largest vaccination programme is under way in India,” he said.
The prime minister said despite the initial challenges, the country fought against the coronavirus with ‘Made in India’ solutions. It minimised the impact of the virus, improved health infrastructure and now two vaccines manufactured in the country will provide a shield against the disease to its people and those across the world, he said.
The development of digital infrastructure made possible online transfer of relief funds to the poor during the lockdown, Modi said.
“Today, India does not hesitate in facing challenges. We launched the world’s biggest schemes for financial inclusion, for building toilets, providing houses to the poor, safe drinking water. Now the world’s largest vaccination drive is also taking place in India,” he asserted.
He urged the student community to innovate and bring about change as new technology has opened up fresh possibilities in every sector with banks operating without branches, cloud kitchens coming up , and products being sold without showrooms.
Modi said the students of Tezpur University must take advantage of the numerous opportunities before them as a result of the government’s initiatives for improving connectivity, education and health care.
Tezpur University’s unique identity is its Innovation Centre, and the grassroots innovations by its researchers are an example of ‘vocal for local’ because they help resolve local problems and open up new areas of development, he said.
The prime minister cited an initiative of the university’s Department of Chemical Science which developed a low-cost technology to purify water which was being replicated in many states.
He also spoke about research for conservation of North East’s biodiversity, documenting the rich heritage of different communities, preservation of the rare wood art at the birthplace of Vaishnav saint Srimanta Sankardeva at Bordowa and digitisation of historical records.
The prime minister recalled the history of Tezpur since the mythological ages to the modern times as the cultural capital of the state where Assam’s icons like Bhupen Hazarika, Jyoti Prasad Agarwalla and Bishnu Prasad Rabha were born and spent a considerable part of their lives.
He asked the students to draw inspiration from their works to create a self-reliant India and the world where they can make tangible changes to the lives of the future generations. “The country is about to enter the 75th year of its Independence for which many sacrificed their lives. It’s now your turn to build the future of those who will be students like you in the next 25 years when the nation enters its 100th year of Independence,” he said. (PTI) 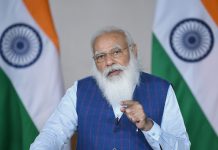 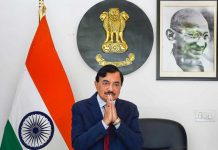 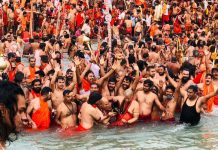 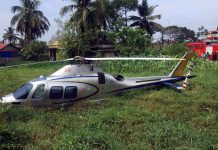 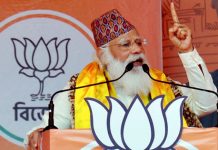 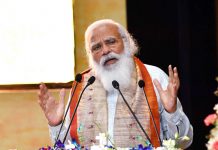 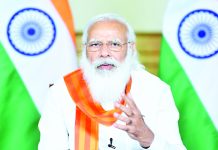 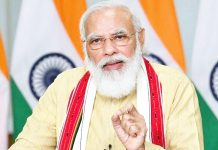 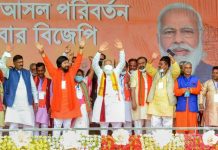 Didi asking Muslims to vote for her, reflects minority votes slipping away: Modi 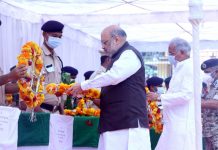 Fight against Naxals will be intensified to end menace: Shah 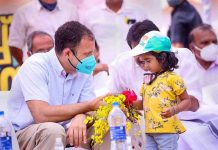 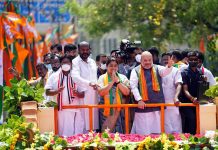