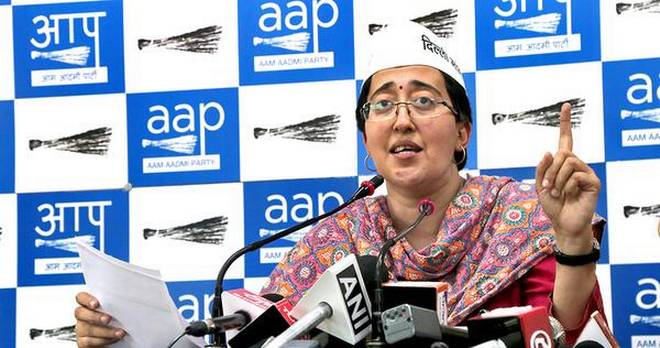 NEW DELHI: Expressing concern over East Delhi AAP Lok Sabha candidate Atishi’s allegation that a derogatory pamphlet is being circulated against her by BJP candidate Gautam Gambhir, Delhi Commission for Women (DCW) chief Swati Maliwal on Thursday said she is issuing notice to police to register an FIR and arrest culprits in connection with the matter.

“How will women participate in politics if treated this way? Why no action taken against such dirty tricks?,” she asked.

Earlier in the day, AAP east Delhi candidate Atishi broke down during a presser here, and alleged that a ‘derogatory ‘ pamphlet against her is being circulated by rival party BJP nominee and cricketer turned politician Gautam Gambhir against her in the areas falling under the parliamentary constituency. (AGENCIES)