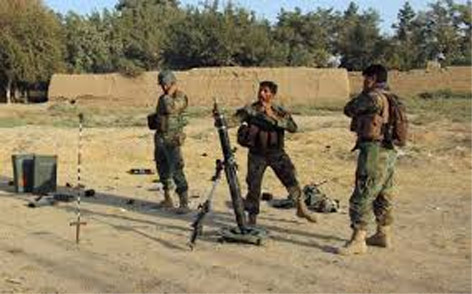 KABUL, May 19: At least 40 Taliban militants were killed and over 50 others injured in Afghanistan’s northern Kunduz province in an operation by Afghan security forces, a deputy spokesman for the Defense Ministry said on Tuesday.

The Taliban staged an attack on the city of Kunduz on Monday, which was pushed back. It was previously reported that at least 11 militants were killed in the counter attacks.

“At least 40 Taliban insurgents have been killed and more than 50 others wounded in response attacks by Afghan security and defense forces. Enemy bodies remain on the battlefield. Afghan forces are now widely deployed in areas around Kunduz,” Fawad Aman wrote on Twitter. (AGENCIES)