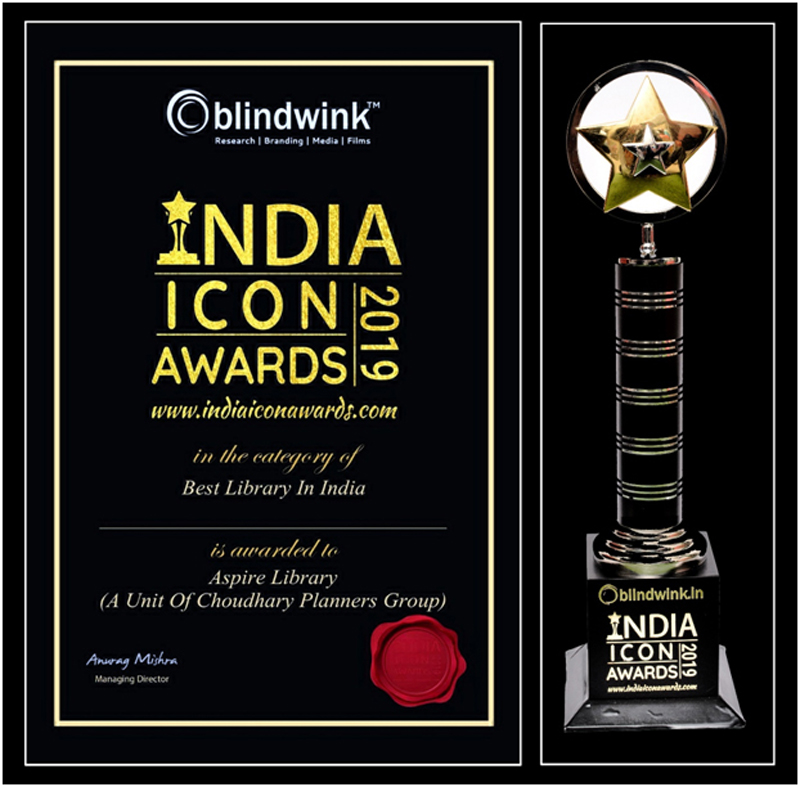 Excelsior Correspondent
JAMMU, Dec 5: Jammu headquartered Choudhary Planners Group has once again made Jammu and Jammuites proud as its unit ‘Aspire Library’ bagged the prestigious India Icon Award, presented by Blindwink in partnership with Zee Group.
The award was received by Gourav Choudhary, CEO and founder, Choudhary Planners Group and Rahul Choudhary, Director and co-founder, Choudhary Planners Group, from the UN Goodwill Ambassador and actress Dia Mirza in an impressive ceremony held in a hotel at Bangalore.
This is the first award that Aspire Library housed at Bakshi Nagar, Jammu has achieved in less than nine month. The award was given in the category of ‘Best Library In India’.
Gourav Choudhary dedicated the award to Dr APJ Abdul Kalam and all its Aspire students and to the people of City of Temples. He expressed gratitude to the jury for recognizing the innovations of the Choudhary Planners Group like Architectural, Con-struction, Engi-neering, Aspire Library like 24×7 service, fully wi-fi, fully furnished, separate cabin and lockers, fully air conditioner facility with availability of important newspapers and monthly magazines, mother care cafeteria, peacefully conductive and inspiring environment with smart discipline and CCTV surveillance.
ASPIRE the name of its self is motivating for the students preparation in different streams like UPSC, NEET UG, NEET PG, SSC, NET, BANKING, RRB and all others competitive exams.