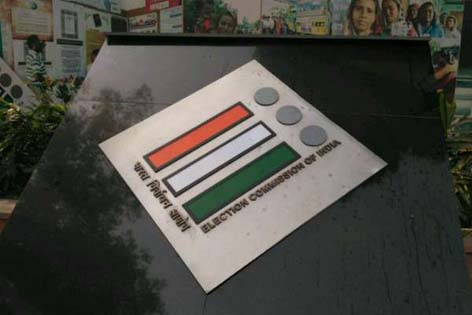 Suhail Bhat
Srinagar, Oct 20: As the Government is making arrangements for the Block Development Council elections scheduled for next week, the Panchs and Sarpanchs who have braved all the hostilities and won the Panchayat elections last year accused the Government of ignoring them.
Scores of elected Panchs and Sarpanchs- who are living in guarded hotels in Srinagar- are yet to receive their honorarium despite passing of nine months. The reason behind this is that their Panchayats have not been notified for the lack two third majority of its total elected members. The law recommends that the Panchayat can be constituted after the Panchs and Sarpanchs are notified.
As per the Department of Rural Development, nearly 247 Sarpanchs and 288 Panchs have not been notified in Kashmir. Out of the total 7596 elected Panchs, only 7308 (including Leh and Kargil) have been notified. Similarly, only 1311 Sarpanchs were notified out of 1558 elected Sarpanchs in two divisions.
One such Sarpanch from South Kashmir’s Kulgam district, Ghulam Mohi-ud-Din Bhat, told Excelsior that Government is mocking their sacrifices and undermining their contribution towards grass roots democracy. “What did we achieve by winning the elections? We are living away from our native places and are homeless. We face threats. The Government did not release anything in our favor despite repeated pleas,” he said.
“Why did not Government informed about the rules before luring them to contest elections. We fought and won elections by risking our lives. They should consider this?”, Bhat asked.
Bhat had participated in last year’s Panchayat election with an aim to work for the development of Guddar Halqa, which he represents, in Kulgam’s Pahloo block. “I fought the election to carry developmental works but nothing happened. How can I change the fortunes of my village when I cannot alter mine?” he asked and said that if there are legal challenges why is not Government holding fresh elections for the first tier before moving into the second?
When asked about the issue, Director Rural Development, Qazi Sarwar, told Excelsior that their honorariums would be released soon. “We have taken a decision. They will be given honorariums as they are involved in the planning process,” he said, adding that the department has placed Administrators at the places where Panchayats have not been constituted.
The State has 310 blocks of which 172 are reserved for Schedule Caste, Schedule Tribe and Women. Kashmir has nearly 168 BDCs for which elections are being held on October 24.
However, the announcement has not impressed elected Panchs and Sarpanchs who are waiting to get notified. “What kind of elections are these? They should first fill vacant seats. Nothing will happen, no development will take place. What did we do in last nine months? We are saving our lives in these hotels,” he said.
Another Sarpanch, Abdul Aziz Sheikh, said that they are powerless and thrown into dungeons. “These hotels are like prisons for us as we hardly move out for fear of getting killed. I cannot visit my home. For the last nine months I have been signing papers and not received a single penny,” he said, adding that he won the elections uncontested.