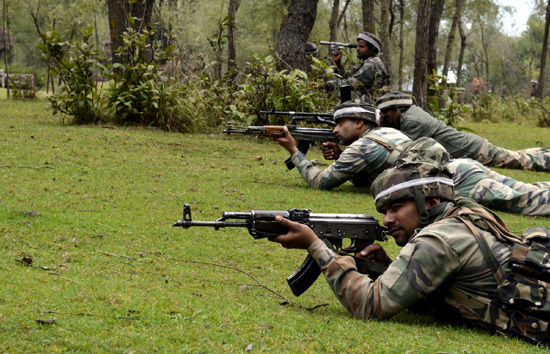 Excelsior Correspondent
Srinagar, Sept 19: Army today said that they have launched searches near the Line of Control (LoC) in Uri area of North Kashmir’s Baramulla district.
A Srinagar based Defence spokesman, Colonel Emron Mosvi said: “On the intervening night of 18th and 19th September, suspicious movement was detected along the LoC in Uri sector. Search of the area is under progress.”
However, an official said that a soldier was injured when militants fired on the Army near Angoor post on the LoC in Uri. He added that the Army returned the fire and a massive operation was launched against the militants in the area.