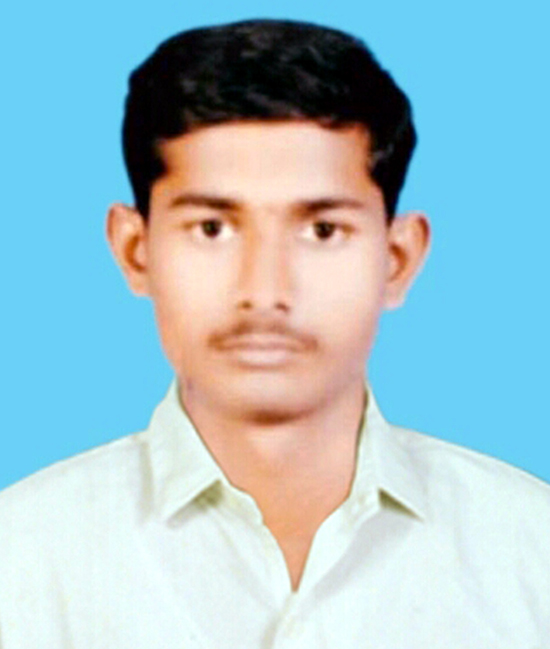 Sanjeev Pargal
JAMMU, Apr 3: Pakistan army today again initiated unprovoked mortar shelling and firing in Krishna Ghati (KG) sector on the Line of Control (LoC) in Poonch district targeting forward defence posts in which an Army soldier was martyred and four others including a Lieutenant with just four months of service, were injured, a couple of them seriously.
The Indian side retaliated effectively and inflicted heavy damages on Pakistan side, the details of which were not available immediately.

Click here to Watch Video
Official reports said Pakistani troops violated ceasefire on the LoC in forward areas of Krishna Ghati sector at 7.15 am targeting forward posts of the Indian Army and civilian areas with heavy 82mm and 81mm mortar shells and using automatic and semi-automatic weapons. The Indian side retaliated immediately and very effectively, leading to heavy exchanges that lasted about one and a half hour.
A total of five Army personnel were injured on the Indian side after being hit by splinters of mortar shells and firing. They were evacuated from the forward posts amidst ongoing shelling and firing by their colleagues and shifted to hospital. All of them were airlifted to Military Hospital, Udhampur, where one of the jawans attained martyrdom.
He has been identified as Sepoy Mustapure Shubam Suryakant, 20, a resident of village Konerwadi, Chatori in Parbhani district of Maharashtra. He is survived by his mother Sunita. He had two years of service in the Army.
“Sepoy Mustapure was a brave and sincere soldier. The nation will always remain indebted to him for his supreme sacrifice and devotion to duty,’’ a Defence spokesman said.
Injured Army personnel have been identified as Lt Kallmputi Bhargava, 23, with just four months of service, Subedar Sakunday Sameer Kashi Nath, 37 with 17 years of service, Naib Subedar Mahlya Vikas Motilal, 43, with 23 years of service and Naik Dhumal Sandeep, 35 having 16 years of service.
Body of the martyr jawan is being sent to his native town with full military honours.
Sources said the Indian Army undertook major retaliatory action against the Pakistani troops after latter violated ceasefire in Krishna Ghati sector and inflicted heavy damages on Pakistan side. The enemy troops were reported to have suffered casualties, both fatal and non-fatal, but their exact number couldn’t be known immediately.
“There was heavy infrastructural damage on Pakistan side in retaliation,’’ sources said, adding that ambulances could be seen moving on Pakistan side after the Indian Army action. The Pakistan side was in panic mode, they added.
According to sources, Pakistan side also targeted civilian areas in Krishna Ghati sector by firing several mortar shells in populated villages. However, the civilians had very narrow escape as the shells landed in the fields and isolated areas. The incident led to fresh wave of panic among the villagers as during past about fortnight, there had been peace in civilian areas of Krishna Ghati sector on the LoC.
“Pakistan army was also trying to push trained militants into the Indian side under the cover of shelling and firing,’’ sources said, adding that the troops have been maintaining very high alert all along the LoC in twin border districts of Poonch and Rajouri to thwart the infiltration bids like the one witnessed in Sunderbani sector of Rajouri district. However, all four militants, who had infiltrated from Sunderbani, were gunned down by the troops within few days in the general area before they could carry out the terror attack.
Sources said majority of ceasefire violations by Pakistan army were aimed at infiltrating the militants but the troops have been effectively thwarting evil designs of Pakistan and their sponsored militants. Recent reports indicated large presence of militants on launching pads on Pakistan side of the LoC opposite Rajouri and Poonch districts.
This is for the third straight day that Pakistani troops have violated the ceasefire and targeted forward posts and villages in the twin districts of Poonch and Rajouri.
However, the shelling failed to have any impact on cross-LoC trade which takes place for four days a week from Tuesday to Friday along the Chakan Da Bagh in Poonch district and Salamabad in Uri sector of Baramulla district.
Dozens of trucks from either side crossed the border from the Trade Facilitation Centres, the officials said.
With the latest killing, the death toll in the Pakistani shelling along the LoC this year has gone up to 27.
The dead included 13 security personnel and five members of a family who lost their lives when a shell hit their house in Balakote sector of Poonch district on March 18.
Pakistani troops have violated the ceasefire along the LoC and the International Border over 650 times this year.
Last year, cross-LoC trade had remained suspended for several months on Poonch-Rawlakote route due to shelling and firing by the Pakistani troops.