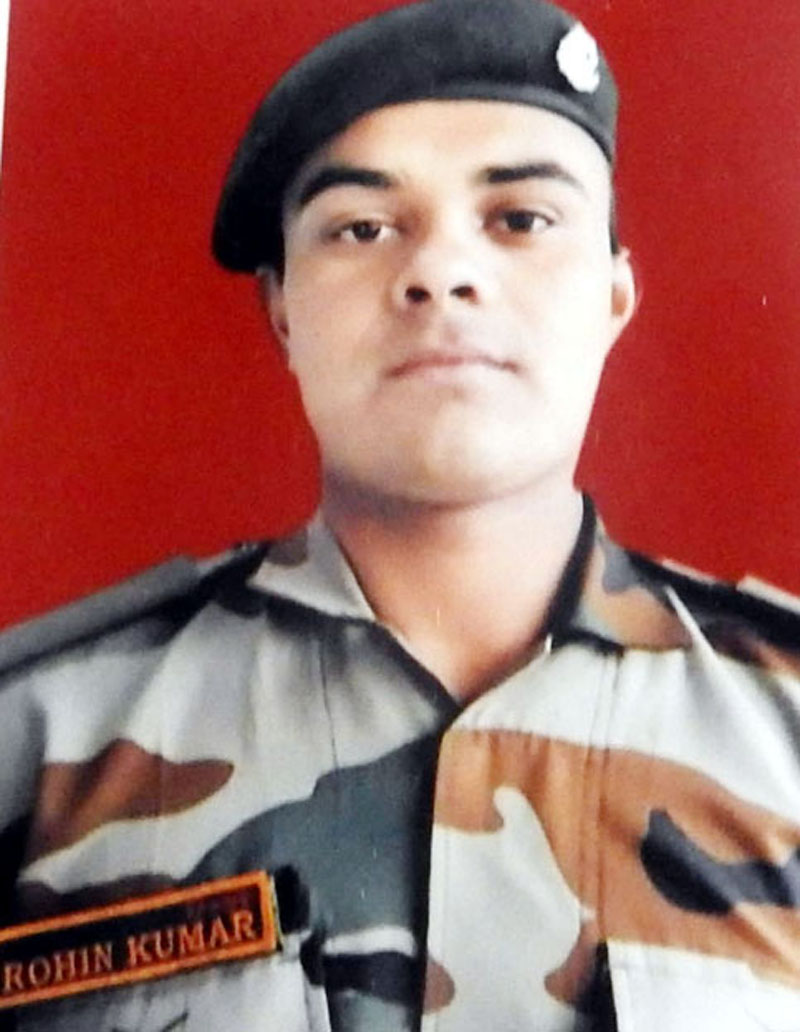 Excelsior Correspondent
JAMMU, Aug 1: An Army jawan was martyred when Pakistan opened heavy fire on forward posts along the LoC in Rajouri district today.
Pakistan army violated the ceasefire agreement by opening fire along the Line of Control (LoC) in Rajouri sector.
“Indian troops responded strongly to the enemy fire,” the spokesperson said.
In the incident, Sepoy Rohin Kumar was critically injured and he later succumbed to his injuries, he added.
Kumar, a resident of Himachal Pradesh’s Hamirpur district, was a brave, highly motivated and a sincere soldier, a Defence spokesperson said.
He said that the nation will always remain indebted to him for his supreme sacrifice and devotion to duty.
Pakistan has been firing and shelling forward areas along the LoC one to two times a day in several sectors for almost the past one month.
A Hamirpur district official said Kumar, 25, was supposed to get married in November.
He was posted in the 14th Punjab regiment in 2016 and his father worked as a halwai in Amritsar.
District officials said that he would be cremated with full honours.