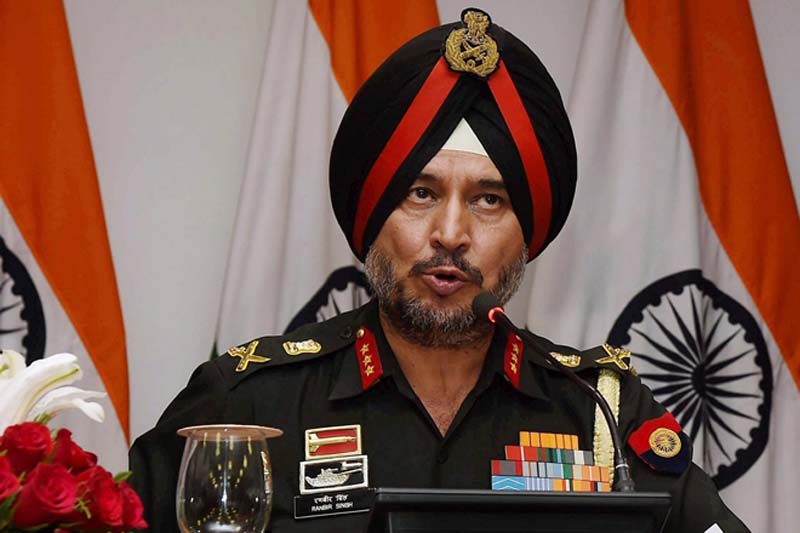 Excelsior Correspondent
SRINAGAR, May 2 Northern Army Commander Lt General Ranbir Singh today reviewed security along with Line of Control (LoC) in North Kashmir ahead of summer when the snow melts in the mountain passes along traditional infiltration routes.
The Army Commander accompanied by the Chinar Corps Commander Lt General KJS Dhillon visited units and formations in South Kashmir and North Kashmir and along the Line of Control.
The Army Commander was briefed about the counter militant and counter infiltration grid and measures in place to safeguard the LoC. He was briefed about the recent operations that were conducted by the security forces in Kashmir valley.
The Army Commander was also briefed about the counter-infiltration grid that is maintaining vigil along the LoC despite hostile weather and terrain.
Lt Gen Singh complimented the troops for their relentless efforts in thwarting the adversary’s designs and maintaining constant vigil in the harshest terrain and weather.
The Army Commander also lauded the exemplary synergy amongst all the forces and appreciated the actions taken by the units and formations in ensuring safety and well-being of the people residing in vicinity of the Line of Control.
Lt Gen Singh concluded his three day visit to the Valley during which he reviewed the prevailing security situation.