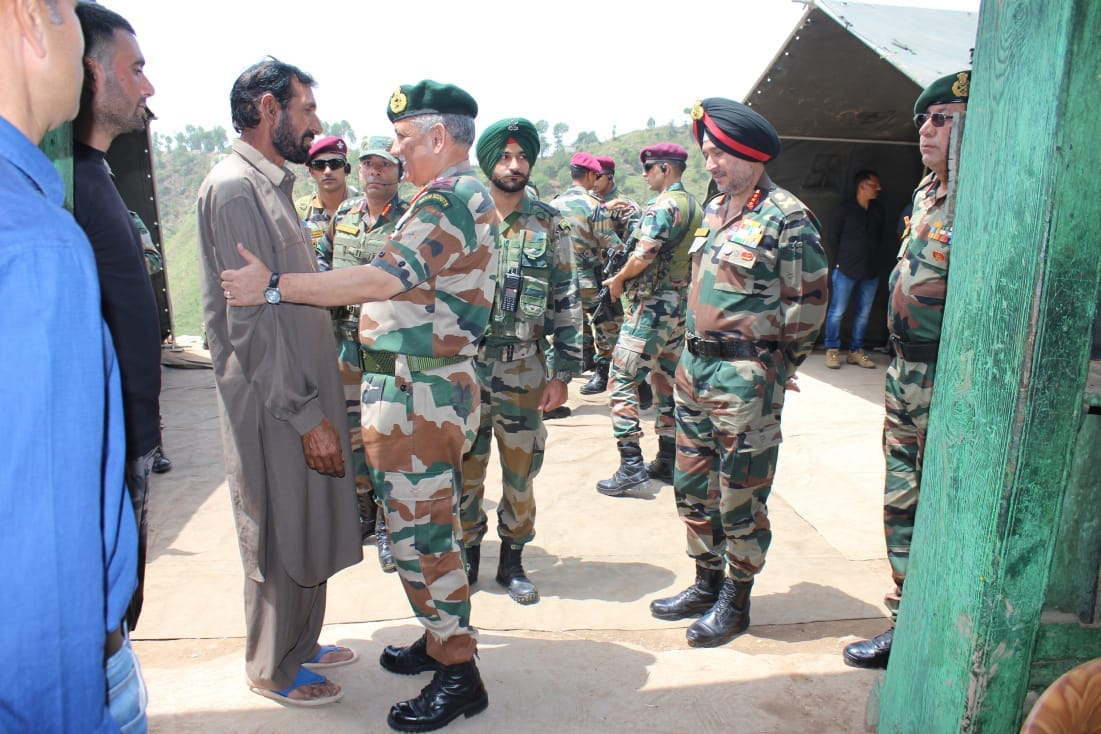 JAMMU: Chief of Army Staff Gen Bipin Rawat today met the parents and other family members of rifleman Aurangzeb, who was abducted and killed by terrorists last week in Pulwama district of south Kashmir.

Rawat along with senior Army officials went all the way to the remote Salani hamlet in the frontier Poonch district and conveyed to the family that forces stood with them in their hour of grief.

Aurangzeb, who belonged to the 44, Rashtriya Rifles, was on way home to celebrate Eid when terrorists abducted him.

Gen Rawat flew from New Delhi to Jammu, where he was received by Northern Command chief Lt Gen Ranbir Singh, officials said. Accompanied by officials, Rawat flew to Poonch from Jammu technical airport and was received by commanders in the frontier district, they said.

Rawat met the family of the deceased soldier and spent over 30 minutes with the parents of Aurangzeb.  (AGENCIES)