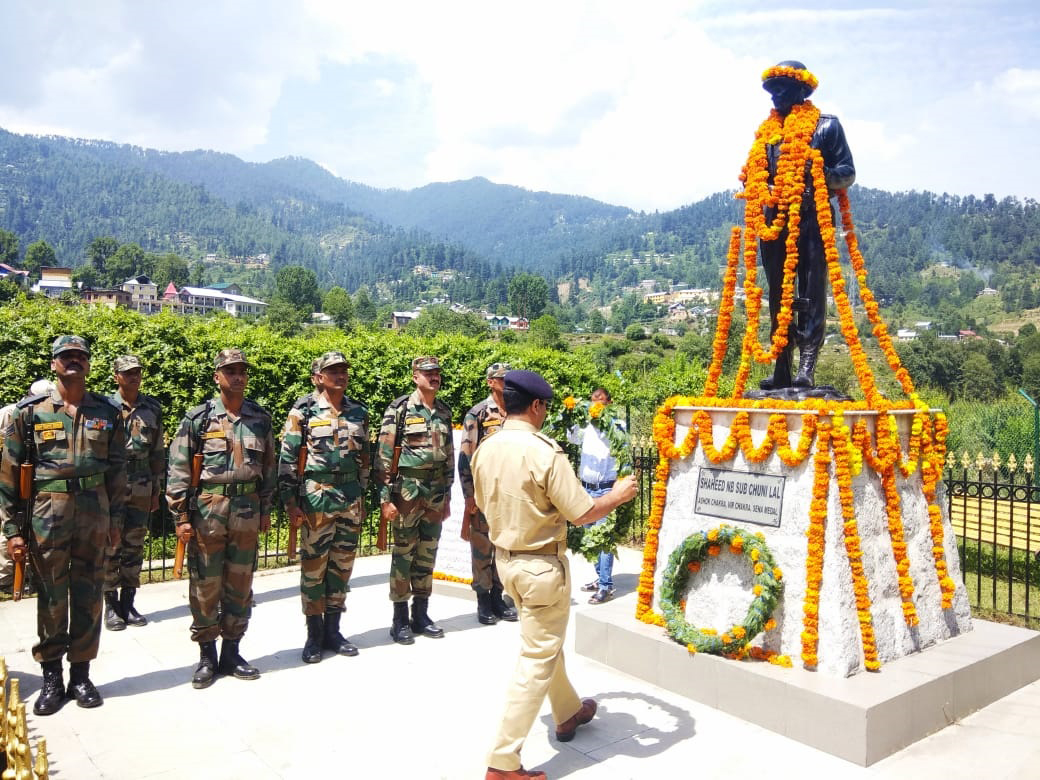 BHADERWAH, June 24: To remember one of the most decorated soldiers in the history of Indian Army, 4 Rashtriya Rifles (RR) based at Bhaderwah under the aegis of Delta Force celebrated Martyrdom Day on the 11th death anniversary of Naib Subedar Chunni Lal here today.
Naib Subedar Chunni Lal, a resident of Southa village of Bhaderwah, got martyrdom while fighting with infiltrators in Kupwara sector on June 24, 2007. The martyred Chunni Lal of 8th Battalion JAKLI was the only soldier who had received Sena Medal, Veer Chakra and Ashok Chakra (Posthumous) simultaneously.
Wreaths were laid on the statue of the martyr. About 50 local ex-servicemen, war veterans and NCC cadets, beside Veer Naris of Bhaderwah tehsil invited on the occasion were made aware about various Army sponsored Government schemes and welfare measures.
Later, Commanding Officer (CO) of Rashtriya Rifles met with the family members of the martyrs and enquired about their problems or grievances if any. “It’s our duty to help you and mitigate any of the problem you are facing, for that you need only to report in the local unit as Army is always there for you,” said CO.
Family of the martyr Chunni Lal was all praise for his courage and termed him a source of inspiration for the young generation. “I am proud of my son and his achievements as he was the number one soldier of Indian Army,” said father of martyr soldier, Shankar Dass.
Beside Army officers, others who participated in wreath laying ceremony include ASP Bhaderwah Rajinder Singh, Tehsildar Masood Ahmed, Rector Bhaderwah Campus Ghulam Mohd Bhatt, SDPO Touseef Ahmed Rishu, SHO Muneer Khan and Prof Javed Iqbal.