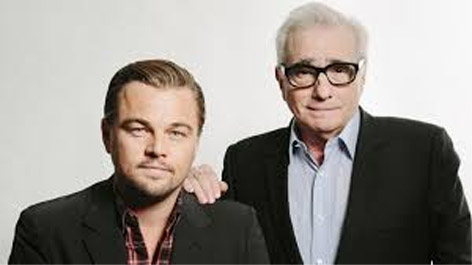 Los Angeles, May 28: Apple is in final talks with Paramount Pictures to partner and produce director Martin Scorsese’s lavishly-mounted period thriller “Killers of the Flower Moon”.
According to The Hollywood Reporter, the development comes over a month after it was reported that the inflated budget of more than USD 150 million had led the veteran filmmaker to reach out to Apple, MGM and Netflix, which previously backed Scorsese’s last expensive film, “The Irishman”.
Apple will be credited as the creative studio and shoulder the cost, while Paramount will distribute.
“Killers of the Flower Moon” will feature the director’s favourite leading men — Robert De Niro and Leonardo DiCaprio.
The film, based on David Grann’s historical book of the same name, is set in 1920s Oklahoma and centres around the Osage Nation murders, in which members of the Native American tribe were murdered one by one after the group became rich off the oil found underneath their land.
As the death toll rose, the newly created FBI took up the case and uncovered a chilling conspiracy and one of the most monstrous crimes in the American history.
Imperative Entertainment picked up the movie rights to Grann’s book in 2016 for USD 5 million.
In 2018, Scorsese and DiCaprio came on board and one year later, Paramount acquired the project.
As per a source, the studio had fixed the USD 150 million range for the film but the budget rose to USD 225 million.
Paramount head Jim Gianopulos resisted, with the insider saying he was ready to allow the price tag to go up to USD 180 million.
With DiCaprio being a USD 20 million per day earner, Scorsese in the same range and De Niro getting a USD 15 million by day, the involvement of the trio alone puts the ballooned budget at USD 55 million.
With Paramount drawing the line, the director then turned to Netflix, personally reaching out to film head Scott Stuber.
The streamer, according to a source, had quoted USD 215 million for the project.
But that may not have been enough. MGM considered the project before Apple finally bought it.
Scorsese undertook a rewrite by himself earlier this year, which is another reason why the price shot up. The adapted script was penned by veteran screenwriter Eric Roth, who has films like “Forrest Gump”, “Munich” and the upcoming “Dune” to his credit.
The final numbers on the deal were not revealed.
This is the second time that Scorsese has had trouble with making his film.
His previous directorial, “The Irishman” was also set up at Paramount but due to its climbing cost, the film was sold to streamer Netflix.
The Oscar-nominated crime drama cost more than USD 225 million, according to multiple sources, not the USD 160 million that has been widely reported.
“Killers…” is the second deal for Apple after the recent acquisition of World War II submarine drama “Greyhound”, starring Tom Hanks. The streamer picked up the film from Sony. (PTI)