Excelsior Correspondent
JAMMU, Apr 28: In the middle of COVID-19 chaos, the dedicated team at Indraprastha Apollo Hospitals performed successful liver transplant of 10 months old Noor from Malaysia.
Noor soon after birth had developed jaundice that worsened with time and was diagnosed with biliary atresia, a rare liver and bile disease. In addition to this, Noor also had heterotaxy, an abnormal arrangement of the internal thoracic-abdominal organs across the left-right axis of the body. Her liver and stomach lie in the middle of the abdomen and her heart lies in the middle of the chest.
At about 2 months of age, Noor underwent a Kasai surgery that connects the under surface of liver directly to the intestines to achieve biliary drainage. She also underwent abdominal surgery to correct intestinal malrotation. Both surgeries at that time had failed.
According to Dr Anupam Sibal, Medical Director, Apollo Hospitals Group and Senior Paediatric Gastroenterologist & Hepatologist, Apollo Hospitals, Delhi, after failure Kasai surgery, the only treatment left was a liver transplant for which she was referred to our hospital.
According to Dr Neerav Goyal, Senior Consultant and Head, Apollo Liver Transplant, Hepatobiliary and Pancreatic Surgery Unit, Apollo Hospital, Delhi, “The day after the family landed in Delhi, they have to quarantined for 2 weeks as per the advisory of the Government and post quarantined period, the liver transplant was planned.”
“Post the quarantine period, she underwent a living related liver transplant on 31st March. The donor was her mother,” said, Dr Smita Malhotra, Consultant, Paediatric Gastroenterologist & Hepatologist, Apollo Hospitals, Apollo Hospitals Delhi.
Dr Sibal said, “Because of heterotaxy, low weight precarious over all condition due to pronounced liver failure and the heart condition, this liver transplant was very high-risk procedure. Our extensive experience in liver transplantation helped us conduct an uneventful liver transplant in a very complicated situation”.
By divine grace driving modern medicine to its best, Noor underwent a successful liver transplant. The liver transplant was done under the expert supervision of Dr Anupam Sibal, Medical Director, Apollo Hospitals Group and Senior Paediatric Gastroenterologist & Hepatologist and his team comprising Dr Neerav Goyal, Dr Smita Malhotra, Dr Vikas Kohli, Dr Varun Kumar, Dr Sanjeev Kumar Aneja.
She has now been discharged and awaits her return to Malaysia. 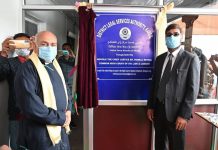 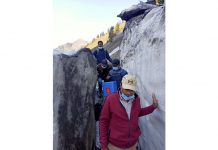 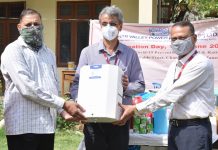 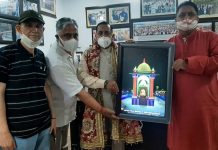 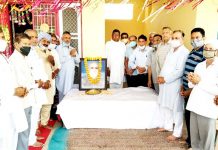 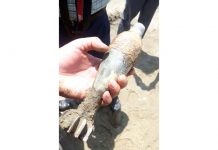 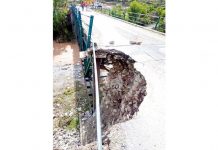 Portion of bridge washed away due to heavy rain 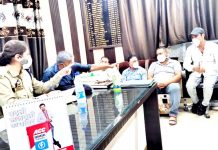 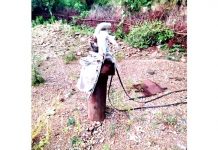 Over Rs 10 lakh recovered as fine from SOP violators