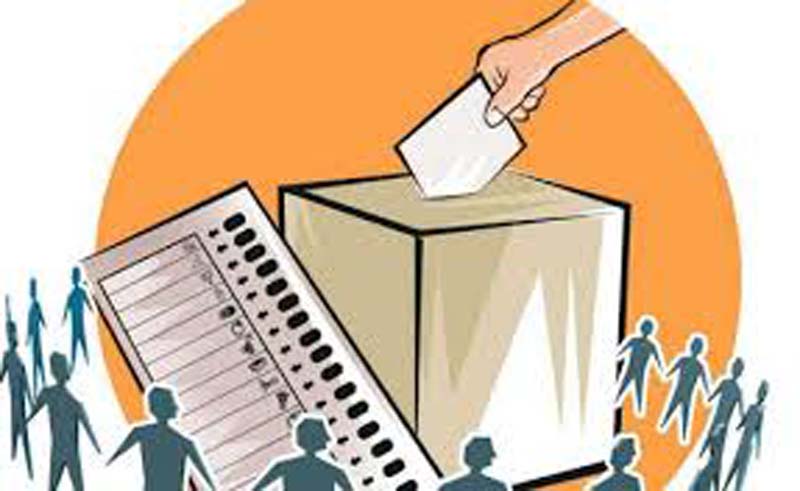 Rebel candidate among 3 expelled from party

Jammu, Nov 23: Even as Bhartiya Janta Party today expelled three more rebels after one of them filed nomination paper for the upcoming District Development Council (DDC) elections against official candidate of the party, another former legislator has quit the BJP.
Former MLA from Chenani and senior BJP leader Dina Nath Bhagat today quit the party in protest against fielding of ‘unsuitable’ candidates for DDC elections in Udhampur district in general and Chenani constituency in particular.
“Submitting resignation from basic membership of BJP in protest against the party high command’s decision of giving mandate to unsuitable and incompetent candidates for DDC elections in district Udhampur,” he said in a statement to media.
Alleging that neither he nor other leaders of the party from the district were consulted to nominate candidates for DDC Udhampur, Bhagat flayed the BJP high command for giving mandate to those ‘who have always worked against the party interests during the previous elections.’
Pertinent to mention here that Dina Nath Bhagat was associated with BJP for the last 17 years and he had been elected as MLA from Chenani in 2014 Assembly elections. He had also served as District president of BJP for eight years.
Only a few days back, son of Dina Nath Bhagat had joined Panthers Party and since then speculations were agog that the former MLA might also part way with BJP because of differences over selection of DDC candidates in Udhampur.
Bhagat is the second legislator who quit BJP in protest against selection of candidates in DDC polls. Only yesterday, former MLA Kathua and J&K BJP Executive Body member Charanjit Singh had quit the party besides announcing his independent candidature in DDC polls.
Singh had joined BJP days ahead of the last Lok Sabha polls, in presence of then BJP National vice-president and in-charge J&K, Avinash Rai Khanna. He had won the Kathua Assembly seat in 2008.
Meanwhile, the BJP today expelled rebel candidate Balbir Lal and his two supporters, Mandal Pradhan Marh, Shakti Sharma and vice-president Kissan Morcha, Harjeet Singh from primary membership of the party.
Balbir Lal had filed the nomination as Independent candidate from Marh territorial constituency in Jammu district against official candidate of BJP and did not withdraw his candidature despite the party instructions for the same. He is being actively supported by Mandal Pradhan Shakti Sharma and Harjeet Singh, vice-president Kissan Morcha.
The expulsion was ordered by J&K BJP president Ravinder Raina on recommendation of the party Disciplinary Committee, comprising Sunil Sethi, S Virenderjeet Singh and N D Rajwal.
Earlier, another J&K BJP Executive Member and senior leader Arun Sharma was also expelled from the party after he refused to withdraw his candidature from Purmandal territorial constituency in Samba district against official candidate of the party.