E-Paper
Home Todays story Announced over 2 yrs back, Vistadome coach yet to chug in... 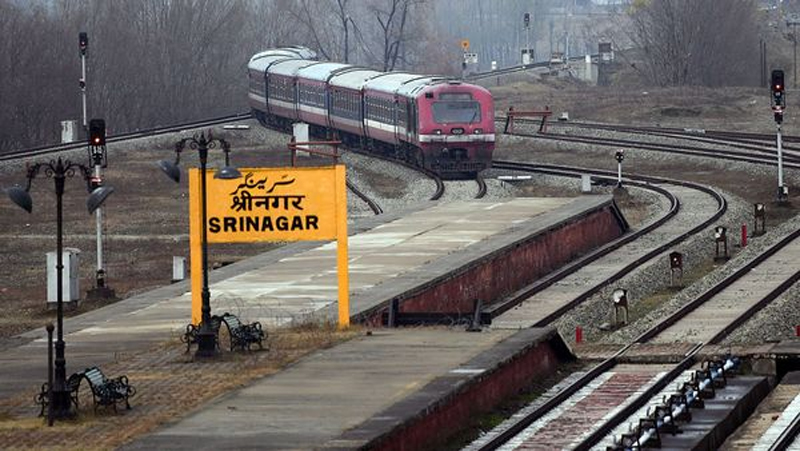 Mohinder Verma
JAMMU, Feb 25: Announced over two and half years back by the then Union Minister for Railways, chugging of Vistadome coach between Bugdam and Banihal has remained a dream for the people as the prevailing security scenario is creating obstacles in giving green signal. Due to this, an investment of Rs 4 crore has failed to achieve the intended objective.
On June 29, 2017, the then Minister for Railways Suresh Prabhu, while speaking at a function after laying foundation stones of five new halt railway stations at Sangdan, Monghall, Ratnipora, Naidgam and Razwan, had announced a Vistadome coach for Kashmir.
“Vistadome coach, which has been designed to provide panoramic view to passengers while enhancing their travelling comfort, would soon run on the Baramulla-Banihal rail track so that tourists can explore and enjoy the beauty of Kashmir,” he had stated at that time.
By middle of 2018, a luxurious coach with glass ceiling reached Kashmir valley and even its trial was successfully conducted by the authorities of the Railways. The specially designed Vistadome coach has double-wide reclining seats which can be rotated 360 degrees for a panoramic view of the surrounding. Moreover, it also has glass-domed ceiling, automatic sliding doors, luggage racks and LED screens for the entertainment of passengers.
The coach has been manufactured by the Integral Coach Factory in Chennai at an estimated cost of about Rs 4 crore.
However, more than two and half years after the announcement by the then Union Railway Minister the chugging of Vistadome coach has remained a dream for the people of Kashmir valley as well as tourists, official sources told EXCELSIOR, adding “the prevailing security scenario is creating obstacle in giving green signal to the luxurious coach”.
The inordinate delay is notwithstanding the fact that on June 26, 2019 present Union Railway Minister Piyush Goyal in a written reply to a question in Lok Sabha stated that one luxurious coach with glass ceiling termed as Vistadome is available for railway track in Kashmir valley and Zonal Railways has the responsibility to take necessary precautions wherever necessary during the operation of coach.
“The concerned authorities of the Railways had approached different law enforcement agencies several months back asking for their clearance to run Kashmir’s first glass-roofed AC train but there is no change in the situation and Vistadome coach is still parked at Budgam Railway Station”, sources said.
They disclosed that inauguration of the Vistadome coach was planned a number of times but at the last moment the programme was shelved on the pretext of security reasons. “We are hoping for start of luxury coach during the forthcoming tourist season so that investment of Rs 4 crore starts yielding results but all depends on clearance from security point of view”, an official of the Railways said.
Sources said, “the glass-roofed train for J&K was announced simultaneously with Himachal Pradesh and the latter has already got the luxury train where it is being operated on the Kalka-Shimla route and has attracted a large number of tourists but the same in Kashmir has remained unutilized”.
“What was the need of making announcement two and half years back and then getting the luxurious coach manufactured if the same was not to be used to achieve the intended objective”, sources asked, adding “if the normal train services can be operated in Kashmir valley there should not be any reason for delaying the operation of Vistadome”.
The see-through air-conditioned coach with large glass windows, glass roof, observation lounge and rotatable seats, a first such service in the Jammu and Kashmir, aims to facilitate passengers to experience the breathtakingly beautiful locations and sites en-route the 135 km track.